After a years long, hard fought battle with the devil himself, AKA Pancreatic Cancer, Brian D. Crane passed away peacefully at his home in Kuna Idaho on Friday September 7, 2018 just one day after reaching his 53rd birthday. Always a goal setter this came as no surprise.

Born on September 6,1965 in Duncan British Columbia he was adopted and raised by his mother Janice and father Tony Crane.

After moving to the states as a young man he lived in Tooele Utah where he graduated from High School in 1983. He then went on to Kentucky where he received a bachelor’s in business.

After college, circumstances introduced him into the world of auto sales where for over 30 years, with most of it being in the SLC Utah area, he was moving metal, mentoring minds and otherwise just killing it in the car business. There are not many out there better then he was! Because of his exceptional skills and knowledge over his long career, he had met and maintained many longtime friendships, which is both wonderful and amazing and he truly cherished them all.

Brian will be greatly missed by his loving wife Jatan (AKA his rock) and his sons Sean, Logan and Cameron (Shelby).  As well as by all his brothers and sisters, his birth mother Karen and apparently also by most of the Yukon territory, where he was lucky enough to discover a whole new family he didn’t even know he had and that brought such great joy to him the last year and a half of his life.

He is preceded in death by both of his fathers, Anthony Crane and Charles “Chuck” Rear as well as his first wife Kelly and a brother David.

Brian was known to be very smart, quick witted, intense, passionate, strong and maybe just a little stubborn. He also had a huge heart, was very generous and kind, funny, encouraging to others, and definitely a dog lover.

He enjoyed playing golf immensely, and on any given course is where you could find him on almost every Sunday, he was pretty darn good at it too!  Some of his more less known talents that he had, were juggling (oh yes, I kid you not) and he was also quite the pool shark!

So as another football season begins we can’t help but smile, as we will certainly always remember what a diehard Dallas Cowboys fan Brian was, if the man could have literally bled blue, he would have. And to all the Eagles fans out there, screw you, you just got lucky last year!

To plant memorial trees or send flowers to the family in memory of Brian Crane, please visit our flower store.

A candle was lit in memory of Brian Crane

Hello from the Yukon! When Cathy and Brenda first found out about "their" brothers, there was a roar that shook the ground, what a story, a huge smile appeared and warmed the North sky. They longed for you both and found you, how amazing is that! They talked of their love for you as though they'd known you their whole lives. I have read what Catalina wrote about Brian and what his friends and obituary said about him, it sounds the same way I feel about the Rear girls, except for the sports part, heehee. Brothers and Sisters at long last! You boys made/make your Yukon sisters so, so happy, who knew that this tale was to unfold? Every time I spoke with Catalina she told me something new about you, her words spoke with love, how wonderful to hear that in my friends voice! It would have been glorious for Brian to experience the Rears in all their glory, I'm sure during their short interlude beautiful memories were made and will endure until the end of time. They will miss you, grieve and then laugh. Brian, you made my friends very, very happy and that is something to cherish, thank you!

You guys have my deepest condolences, he was always great to me and his help when my mom passed was beyond appreciated. Cameron and Jana

Brian, I will never forget the good ole days! You were always so fun to be around (I'll never forget your laugh) and one of the sweetest men I know! You have touched many people in your short lifetime and will never be forgotten. My heart goes out to Jatan, your Son and family.

Over 20 years, you were a roommate, co-worker, golfing buddy, but most importantly a very dear friend. When we last spoke, it wasn't about the fear of death it was about the sadness of leaving loved ones behind. That sadness would never have happened had you not touched so many lives and shared yourself with others. The sadness of losing you is nothing compared to the joy the memories of our times together will bring to me for the rest of my life. And I am certain that all of your friends and family feel the same way. To Jatan, Sean, and the rest of your family, my sincerest condolences for your loss.

Brian, I will love you forever and I will miss you forever. You had a profound effect on my life and every other life that you touched. you are in God's hands now and I look forward to the day we meet again rest in peace my precious brother

Jatan, sorry to hear about Brian. Deepest condolences to you and the boys.

A candle was lit in memory of Brian Crane

Friends and Family uploaded 1 to the gallery. 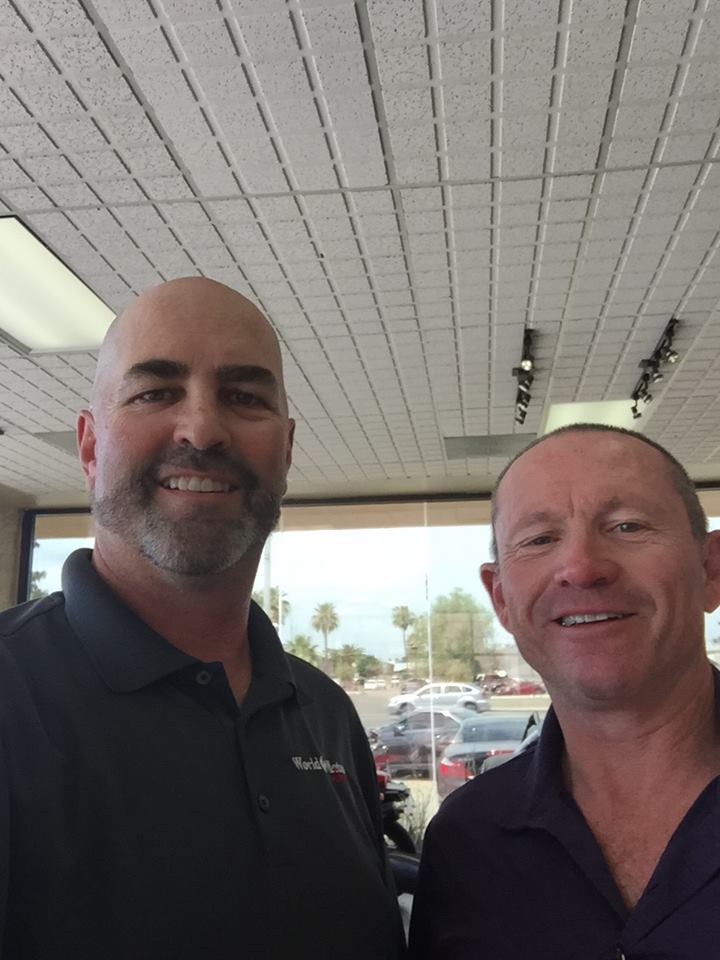