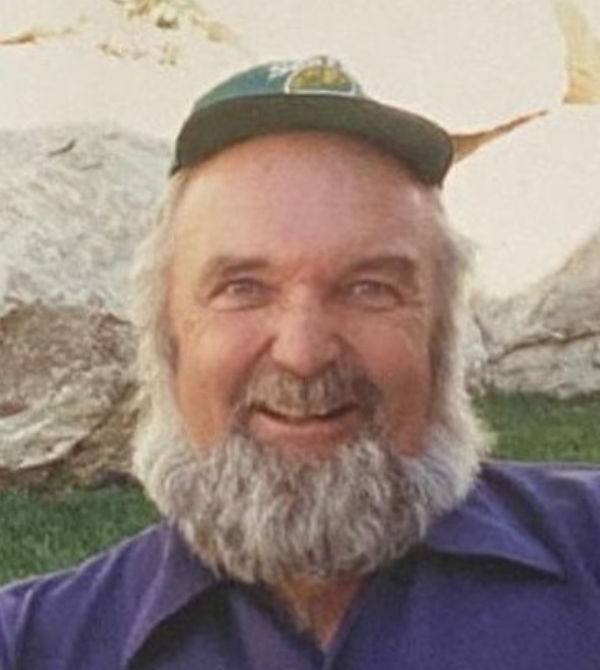 April 18, 1934-September 15, 2022
>
> Our larger than life husband, father and grandfather, Claude Hal Armstrong, Jr., age 88, passed away on September 15, 2022 after a short, courageous battle with cancer.  He was born in Ogden, Utah on April 18, 1934 to Claude Hal Armstrong and Katherine Healy.  The second oldest of four children, Claude spent the majority of his life in Ogden and was proud of his 4th generation Ogden roots.
>
> At the age of ten, Claude began working  two hours every day after school at the family business, Armstrong Sporting Goods, founded by his grandfather in 1916.  The store was located on 25th Street and provided Claude with many colorful stories to tell throughout the years.  Story telling would be one of Claude’s most entertaining qualities.  He told amazing stories and really bad jokes.  A stranger could spend 30 minutes with Claude and he would discover a mutual acquaintance.
>
> Claude was a graduate of Ogden High School and University of Utah, where he earned a degree in Business Administration.  In 1956, he married Gaye Knapp and within the year they moved to Germany where Claude served in the U.S. Army’s Third Armored Division, Second Brigade.  Upon his return to Utah, he continued to serve as a Captain in the Army Reserves for the next ten years.
>
> From 1960-70, Claude and his young family lived in Ogden, Utah.  He worked side by side with his brother and best friend, Ward, at Armstrong Sporting Goods.  In 1970, Claude and his family moved to Sitka, Alaska where Claude was the manager of the Sitka Chamber of Commerce.  During these years he was a member of Rotary and active in scouting were he served as scoutmaster for the Mount Ogden Ward, a Rotary troop, and the Sitka L.D.S. Branch.
>
> Claude later returned to Ogden and on February 20, 1979 he married Patricia Cross.  They loved to go to Nevada to play the slots, throw holiday parties and spend time at Sourdough Ranch, a wilderness ranch in Huntsville where Claude was the manager until he retired.  This past year, Claude was especially grateful for the quiet moments he shared every morning with Patty and their pets.  These were the favorite part of his days.
>
> Claude is preceded in death by his parents and his siblings, Claire Johnson, Ward and Jerry.  Survivors include his sweet wife of 43 years, Patty, and children Kelly (Chuck) Dahill, Beth Armstrong, Ken (Alyce) Armstrong, and Claudia (Scott) Campbell; seventeen grandchildren, twenty-three great grandchildren and numerous nieces and nephews.
>
> Claude’s family would like to thank all of his medical caretakers for the care they provided.  With heartfelt gratitude, we would like to thank “Team Army and Tiny”, a group of fabulous nieces who were instrumental in helping us with Claude and Patty’s mounting health needs:  Kristin Stroud, Kathy Spencer, Colleen Roberts, Michelle Danielian and Heidi Kraus.  In addition, we also would like to thank Mary Buess and Eleanor Jensen for lovingly adopting Dad and Patty’s dogs and cats.
>
> At Claude’s request, there will be no memorial service.
>

To order memorial trees or send flowers to the family in memory of Claude Hal Armstrong, please visit our flower store.