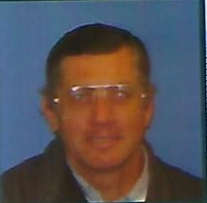 Clint was born in Englewood, New Jersey in 1953. He grew up with his parents Ned and Dorine, and younger brother Steve. Due to Dad’s career as a Field Engineer for a major Bridge design company Clint and all of us moved all over every few years  until he was 16. After being born he lived in New Haven, CT, Waterloo, NY, Sukkur, Pakistan, St. Johnsbury, VT, Cascais, Portugal, Bergenfield, NJ, and Sault Ste Marie, MI. He completed High School in Michigan.

Clint was an amazing self taught free hand artist who could draw detailed pictures of animals, people, unusual creatures of his own imagination, and WWII airplanes which he had a passionate in-depth knowledge of. His family always encouraged him to be a commercial artist but he decided that wasn’t for him.

After High School he joined the USAF and served from 1972 to 1976. He was stationed at Travis AFB in California, and also Rhein-Main Air Base in Frankfurt, Germany working primarily in transportation. He loved driving as fast as possible on the Autobahn in his Ferrari-powered Fiat sports car. After receiving an Honorable Discharge he came back to Charlotte, MI where the family had settled.

Clint then attended Michigan State University for a short time before venturing out on his motorcycle to Austin, TX for a couple years before moving to Ogden, UT in 1983. He attended Weber State for a couple years. Clint was a lone wolf who never married, and lived a majority of the 90’s in a tent in the woods before acquiring a VA pension. He lived out his life in Ogden.

He is survived by his brother Steve in Ogden, nephews Cameron (UT), Kyle (MI), Cody (IL) and cousins Vicki (UT), Deborah (NY), Nancy (CT), and Rhonda (UT). Preceded in death by his parents and grandparents.

To order memorial trees or send flowers to the family in memory of Clinton C White, please visit our flower store.