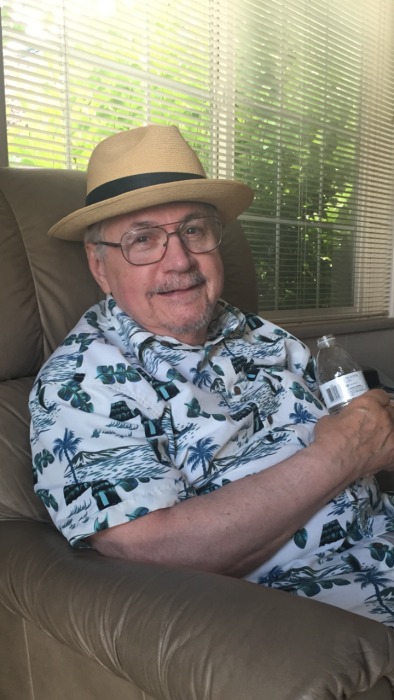 Darrell Duane Tucker, 84, passed away due to complications brought on by Covid-19 while fighting his battle with Parkinson’s disease on December 27, 2020, at Country Pines Retirement Community in Clinton, Utah.

Darrell was born on December 29, 1935, in Great Falls, Montana and he grew up in Lafayette, Indiana and Chinook, Montana where he graduated high school in 1954.  He earned an Associate Degree in Business Administration from Northern Montana College in Havre, Montana before entering the Naval Aviation Cadet Program.  Darrell entered the US Navy on December 7, 1956, where he served for two years based in Pensacola, Florida.  He attended primary flight training, served aboard the USS Saratoga and was honorably discharged.  He then attended the University of Pittsburgh, PA and graduated with a Bachelor of Business Administration, Accounting Major.  Darrell married Mary Louise “Mary Lou” Boyer on June 5, 1959, in Pittsburgh and in 1962 they moved to Montana where they had two sons and a daughter.

Darrell was a Certified Public Accountant for nearly fifty years commencing his accounting career at Galusha, Higgins & Galusha in Helena, Montana in 1962.  He then relocated to Missoula where he was Vice President and Director in charge of the Accounting Department at Dobbins, DeGuire & Tucker, from 1969 to 1978.  After selling his stake in the firm, he worked at Stiegler’s Mobile Home Sales as Vice President and Controller and later at Big Sky Bottling Co. as the Controller.  In 1986, he relocated to Lewistown, MT and became a partner in Tucker & Spika, CPA’s.  Three years later he relocated to Hamilton, MT where he worked at David Matti & Associates, CPA’s while also maintaining his practice from Lewistown.  He went solo in 1994 as a CPA in Missoula until he relocated to Great Falls to join Joseph Eve & Co. where he was a Tax Supervisor until he retired in 2011.

Darrell, nicknamed “Tuck”, was known for his witty puns and great sense of humor.  His favorite past time was watching sports and he loved going to games with family and friends.  He was an avid Pittsburgh Steeler, Utah Jazz and Montana Grizzly fan.  He enjoyed golfing, dancing, planting and taking care of trees as well as assisting family members with the care of their trees.  Darrell was a faithful Christian and was an active member at Sunrise Presbyterian church where he served as an Elder.

He is survived by his three children, Scott (Dorene) Tucker of Clinton Utah, Karla Tucker of Denver, Colorado and Darren Tucker of Great Falls, Montana, seven grandchildren and numerous great-grandchildren. He was preceded in death by his wife, Mary Lou Tucker, his mother, Miriam B. (Moore) Tucker, and his father, William E. Tucker.

A Memorial service will be held at the Sunrise Presbyterian Church in Great Falls, Montana in the summer of 2021. Cremation has taken place under the direction of Aaron’s Mortuary & Crematory, Ogden, Utah.  Condolences may be shared online at: www.aaronsmortuary.com

To order memorial trees or send flowers to the family in memory of Darrell Duane Tucker, please visit our flower store.