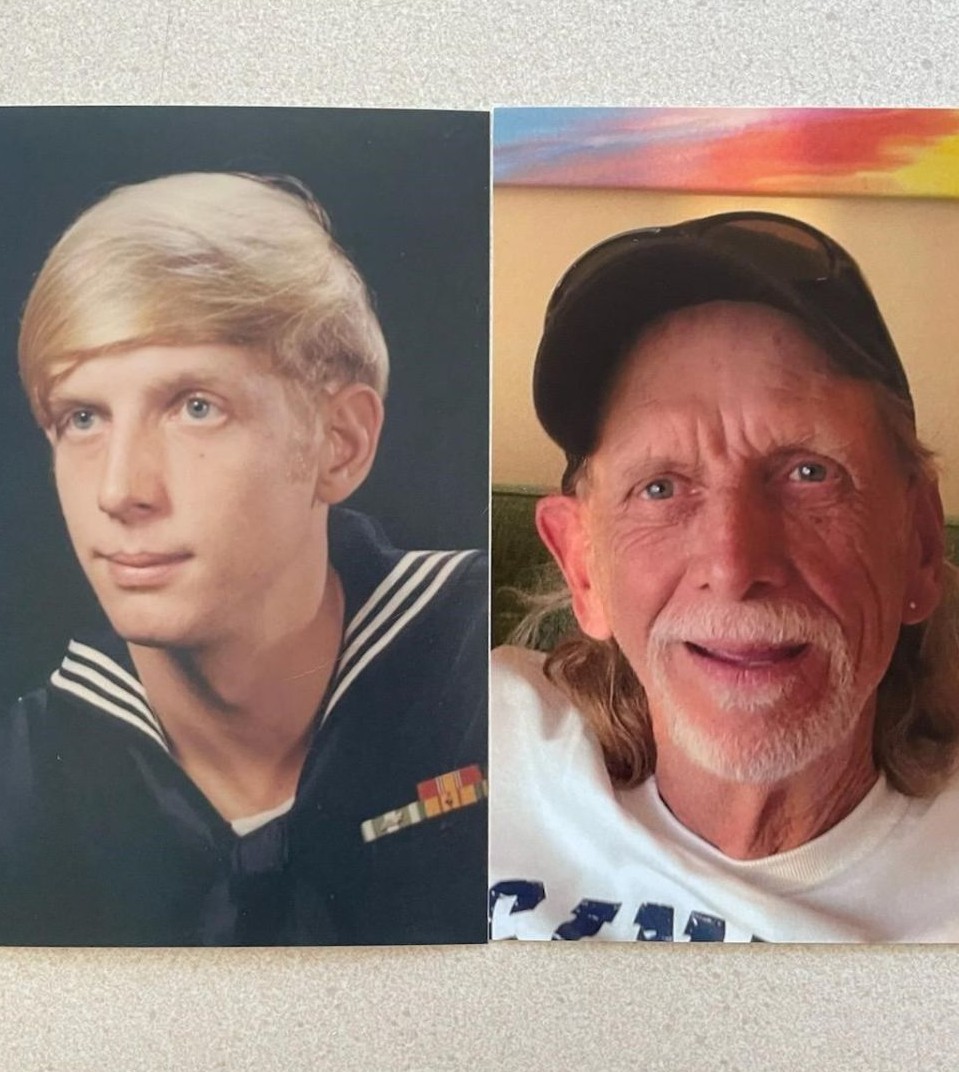 Delbert Allen Duchesne (Del), passed away unexpectedly on Thursday, June 3, 2021, at the age of 71. He was a long-time resident of South Weber, Utah. Born in Winsted, Connecticut to Delbert and Eleanor Duchesne on May 24, 1950. He was an altar boy at St. Joseph’s Church as a young adolescent. He mowed lawns for money with his best friend and worked at a small convenience store. After high school he joined the US Navy where he was stationed on a ship as a Radarman. He had many interesting stories of those years and his time in different countries. He was in contact with a few of his fellow shipmates to this day. After the Navy he went back to CT for a bit, then relocated to CA (Bay Area). He worked for the Post Office and the IRS, the latter for quite a few years. He had many coworkers, and a few were his close friends that would continue for life. He dedicated much of his civilian life to working for the Department of Defense at both Moffett Field (CA) and Hill Air Force Base (UT).

Del was married for approximately 14 years to his first wife. Together they had 3 children, Melanie, Aaron and Tyler. They lived in Fremont, CA. The family did a lot of camping at lakes in the area. Along with working at IRS at this time, he went to a community college at night to further his education and career.  He left IRS and on to Moffett Field Naval Air Station where he started out in Pest Control. After a couple years he became an Environmental Specialist.

Del met Donna at Moffett Field. They were acquaintances for a couple years crossing paths now and then on Base. As it would happen, he ended up being her roommate, along with Rachele her young daughter. Their friendship grew and they ended up dating in 1988, married a couple years later. Living in San Jose, they were close to the beaches which they enjoyed thoroughly. Carmel is where they fell in love. He would do an incredible (hilarious) impression of Clint Eastwood every time they entered the city. They took drives from Santa Cruz, to Monterey, Carmel and Big Sur. He enjoyed sitting on the beach soaking up the sun, listening to the waves crashing.  He spent many weekends with Donna and the kids at Santa Cruz, whether riding the rollercoaster on the Boardwalk, making sand formations, or body surfing. He absolutely loved lighthouses. So many fond memories of those times as a family, and later in life, made new memories with his grandchildren at the same beach.

In 1990 Danielle was born. 10 mos. later they moved to Fremont where the family blended. Between work, school functions, homework and numerous sports, it was a very hectic and a wonderful time with five kids. Del worked hard and a lot of overtime. This afforded them the fabulous, fun vacations to Disneyland, Universal Studios and more. Great America was another amusement park they ventured to locally. It had a recording, soundproof box, you sang, it was recorded on a cassette tape and heard outside by park goers. He adlibbed one of the songs and the kids were in stitches. His quick wit and grand sense of humor was enjoyed by all that knew him. He also loved to walk in the rain with the kids.

Del was transferred to Utah in June of 1995 where he worked at Hill Air Force Base until unfortunate circumstances of a back injury and surgeries. He enjoyed his job in Environmental and the 2 coworkers he worked closely with though was unable to return to work. Through the adversity over the years that he overcame, he became involved in helping others and enjoyed giving back all he had learned thru recovery.

He was an animal lover, often feeding/caring for feral cats with Donna, taking in stray dogs/cats, some were added to the family, others were taken to no-kill shelters. He had affection for his grandpets too. He found it cathartic to plant flowers, various types and colors to brighten up the yard. Del loved to cook for his family, whether it was grilling in the backyard, or a feast at Thanksgiving, prime rib with all the trimmings at Christmas, or a casual family dinner. He was a big fan of the San Francisco 49ers, the San Francisco Giants, and the Utah Jazz. He read books often and tackled difficult crossword puzzles in no time. Fishing in the Weber River and golfing 9 holes with his good friend (who he lost in 2018), they weren’t competitive, just out to have a great, amusing day. He used to hike with a couple of the kids in the mountains when first moving to UT, going on adventures in a new state.

Del would shoot hoops with his kids and neighborhood kids.  He coached soccer to youth, including his own kids, for a few years. He made it to every soccer, basketball, baseball and softball game to support his children. He was a very hands-on Dad. Conversations of how proud he was, not only of his grandkids who are all exceptional children, also his kids who grew up to be responsible, caring adults and all excelling in their jobs and personal lives. He was genuinely filled with gratitude and love for them.

He had a great rapport with the neighbors, lending a hand when needed. One of the neighbors, specifically, was his buddy and like a father to him, who we lost 33 days before Del. The two of them sat out front and shared stories of the past and present and would roar with laughter.  He would mention time and time again how fortunate they were to live in such a caring and friendly cul-de-sac.

Passionate about music, Del loved playing his guitar and enjoyed his jam sessions with his friends. Music was always on while he was cooking or shooting a game of pool at home, the louder the better. He was big fan of Joe Bonamassa. When he was young, his family sang beautifully together, and a few songs were recorded and transferred to CD’s for everyone's enjoyment.

His love of the ocean started at a young age as he vacationed most summers at Misquamicut Beach, RI with his family. He shared countless stories of those special summers. He, to the end, was very close with his sisters Pat and Carol and the rest of the family back east.

He is loved and missed, along with his sense of humor that was priceless.

Del is survived by his wife, Donna; children, Melanie (Guille), Aaron, Rachele (Mike), Tyler (Megan), and Danielle (Jorden); grandchildren, Alexia, Ezeran, Jada, Starr, and Brendan; sisters, Patricia (Bernie), and Carol; as well as several nieces, nephews, great-nieces/nephews, brother/sister in-laws and mother-in-law. Del was predeceased by his parents, Delbert (1992) and Eleanor (1995). The family will hold a private memorial and scatter his ashes in the ocean, the place where he felt most at peace.

To order memorial trees or send flowers to the family in memory of Delbert Allen Duchesne, please visit our flower store.