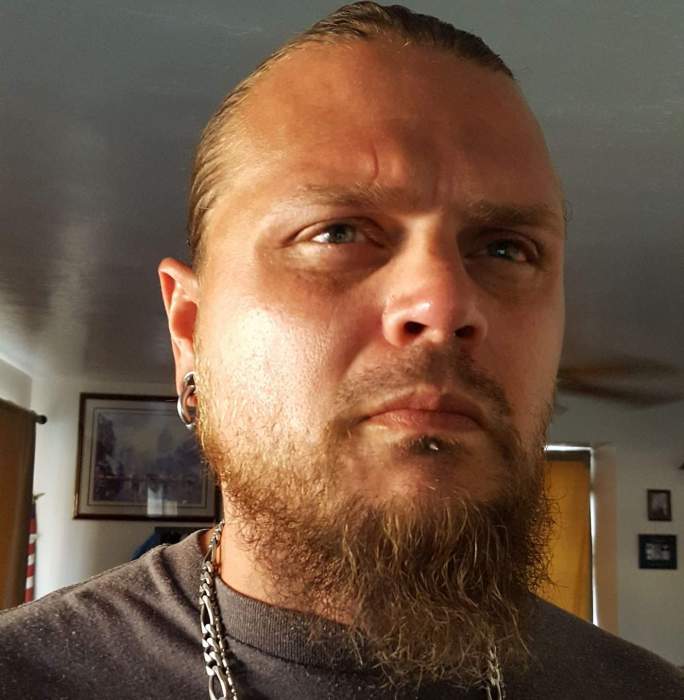 Donald “D” Lee Joseph, 37 passed away unexpectedly on July 31, 2019 from complications related to Post Traumatic Stress Disorder. D was a disabled Veteran and served in the United States Army from 2003-2007. D was injured by an improvised explosive device and was honorably discharged in 2007. D endured years of chronic pain, a traumatic brain injury and severe PTSD which unfortunately led to an addiction.

D married the love of his life and soulmate Kristin in 2018. D was a warm and loving husband, brother, uncle and father. He had a hard exterior but was a gentle giant. If you earned the honor of calling him a friend, you were considered more like family. Among the things we will miss most about him are his handsome face, which he loved admiring in the mirror, his love for Superman and the Dallas Cowboys, the pride and love he had for his service dogs Drax and Bear and the love and respect he had for his fellow service men and women.

D touched the lives of everyone he came across. He had a way with kids and was always there for his nieces and nephews to support and encourage them to be the best they could be.  Over the last few months he developed a special bond with his 4 year old great nephew Jo Jo, who he absolutely adored.

D is survived by his wife and soulmate Kristin and their 5 beautiful children Dylan, Gene, Austin, Amarese and Tristyn and his 2 fur babies who are trained service animals Drax and Bear. D loved his wife and children very much and will be remembered for the way he fiercely loved and protected them. He was truly their Superman!

D is also survived by his mother Mary Joseph (Mace Palomin), his brother Billy, sister Vikki and many aunts, uncles, cousins, nieces and nephews including a special uncle Donnie, who D looked at as a father.  D also leaves behind many friends and people that truly loved him. Among those friends were Patrick Lobato, Zack Bishop and Chase Drake who D considered more like brothers, and they were there for him until the end.

It’s time to hang up your Superman cape and fly high with the Angels! We love you, and will miss you more than words can say!


To order memorial trees or send flowers to the family in memory of Donald "D" Lee Joseph, please visit our flower store.