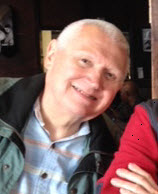 Stanley Hansen, our beloved brother and friend passed away unexpectedly at the age of 79 on Wednesday, August 22, in Ogden, Utah. He was born in Logan, Utah on November 23, 1938, the firstborn child, to Audrey B. and Eldon J. Hansen.

Stan was raised on the family dairy farm and attend Weston Elementary and West Side High School where he graduated in 1957. His youth was spent working on the farm, but he also loved music and became a proficient pianist, which included playing for school and ward choirs.

After high school Stan furthered his education at Utah State University before leaving on a 2-and-a-half-year mission to Denmark. He finished his undergraduate degree at Brigham Young University with a BA in English and then went on to Golden West Law School in California to complete his Law degree and passed the California State Bar. He practiced Law in California but eventually returned to Utah permanently to care for his elderly mother.

Stan had many challenges in his life, which he approached with faith and perseverance. He strove to be a faithful member of the Church of Jesus Christ of Latter Day Saints, and in his last years especially felt the joy with his Ward Family in the Birch Creek Seventh Ward.

Stan is proceeded in death by both of his parents and his brother Robert, but is survived by his other siblings, brother David Hansen, and sisters Julie Packer, Margie Wassmer and Marsha Gardner, and by a plethora of nieces and nephews.

To order memorial trees or send flowers to the family in memory of Eldon Stanley Hansen, please visit our flower store.