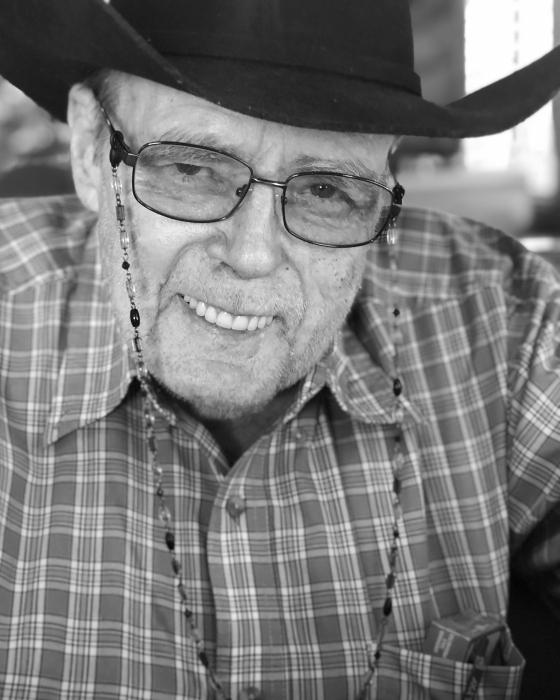 Fred Orie Gibson passed away Wednesday, January 2, 2020. He was the eldest of three sons born to Jacob Lawrence and Elizabeth Buckway Gibson and was raised in West Weber, Utah. He graduated from Weber High School and remained in the Ogden area all of his life. He worked for Ogden Dressed Meat Company for several years.  He later retired from Cream-O-Weber Dairy.

He married Judy Barrow and together they had three daughters; Jill (Keith) Blazer, Cindee (Jim) Colby, and Kari (Brody) Kimose.  They were later divorced. He then married Alverta Wilson and had one daughter; Sabrina Gibson. This union also gave him three step-sons; Alan Jepsen, Mike Jepsen, and Brad Jepsen.  He and Alverta later divorced.

Fred loved horses and the outdoors. Most recently, he liked watching television while sipping a cold coke-a-cola.  He loved to eat out and socialize.  He became close friends with many patrons and employees of Chuck-A-Rama, Village Inn and The Stage Coach, as well as, The Keg, The Troc and the The Lamplight. He loved people and has many friends from all walks of life.  As a collector of coins, Grandpa Fred liked sharing this love by giving coin collector sets to his grandchildren.

Fred's laugh was big enough to fill the outdoors. All who knew him spilled tears of laughter and experienced belly laugh pains because of his quick wit and wicked, yet sometimes perverse sense of humor.

Fred was preceded in death by his parents. He is survived by brothers Lawrence Gibson, and Lynn (Glenda) Gibson, his children, grandchildren, great-grandchildren, nieces and nephews.

A graveside service will be held at 2:00PM, Tuesday, January 7th, at the West Weber Cemetery.

To order memorial trees or send flowers to the family in memory of Fred Orie Gibson, please visit our flower store.