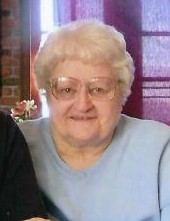 Gertrude Kathleen Higgs passed away peacefully on January 17, 2019.  She was born in Cheyenne, Wyoming January 18, 1931 to Milton and Irene Gattis.

She graduated from Davis High School.   She married three times all of which preceded her in death along with her parents and one son, Stephen and brother-in-law, Gene.   She was a member of the LDS Church.

Gertrude is survived by her sister, Shirley Perkins; daughter, Kathleen and two sons, Mike and David and many grandchildren and great-grandchildren.

Dedication of the grave to be announced at a later date.

To order memorial trees or send flowers to the family in memory of Gertrude Kathleen Higgs, please visit our flower store.