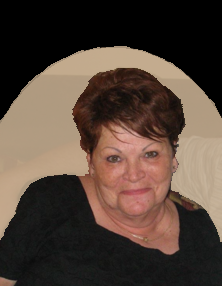 J. Marleen Goff Schnepple, our beloved mother, grandmother, great-grandmother and sister passed away peacefully on August 22, 2019, after a long illness at the home of her daughter June Constantino in Enterprise, Alabama.

Born September 18, 1945 in Lehi, Utah to parents Marvin Eugene and Mary Jean Johnson Goff. Marleen grew up in Clearfield, Utah. She married Jack Hopkins on June 14, 1963 in Clearfield and lived in Federal Way, Washington from 1965 to 1984, where she raised her family. Jack and Marleen had 5 children: Jeorge Hopkins (Michelle) with 1 son; Jene Hopkins (Rachel) with 3 daughters & 3 grandchildren; June Constantino (Lee) with 1 son and 1 daughter & 2 grandchildren; Jeffery Hopkins (Janelle); and Jacque Hopkins (Justine) with 2 daughters & 1 grandchild. Marleen and Jack were divorced in 1985. Jack passed away in Washington, February 13, 2000.

Marleen married Ronald J. Schnepple on October 29, 1992, giving her 5 step children that she welcomed as her own: Rauden, James, Valerie (died 2018), Daniel, and Scott, as well as 14 grandchildren.

Marleen will be remembered for her unconditional love of friends and family and her delightful sense of humor. She loved to crochet and created beautiful afghans.

Marleen is survived by 4 brothers and 2 sisters—Don, Garth, Kim, John, Sandra, and Janice as well as her 5 children, 22 grandchildren, and 6 great-grandchildren.

She will be laid to rest with her husband Ronald on October 19, 2019, in Clearfield, UT. A celebration of her life will be held in her honor following, at the home of her brother Garth Goff, in Roy.

Your Life was a Blessing,

Your Memory a Treasure…

To order memorial trees or send flowers to the family in memory of J Marleen Schnepple, please visit our flower store.