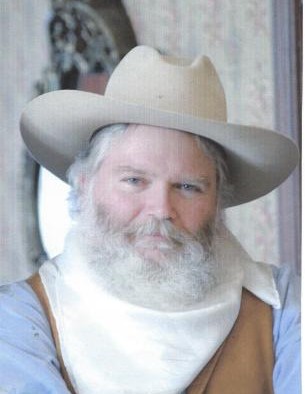 After a long battle with diabetes, James Charles Murphy returned home on the wings of an angel. He was loved, honored, respected by all who knew him, especially his wife, and daughters. A great man left this world today, and he will be greatly missed.

James Charles Murphy otherwise known as “Murphy”, was born on February 4, 1952, in Baltimore, Maryland. He was born to his mother Katherine Driscilla Heck and later adopted by Franklin Charles Murphy. James', father was in the Air Force and moved their family to Europe. James, spent all of his teenage years and youth in England, France, and later, Germany. He graduated high school from Kaiserslautern American High school in Germany. Following his father, he later joined the Air Force and served in the Vietnam War.

James, had many jobs throughout his life. He worked construction, acted, and worked for Clearfield Job Corp, the job that, because of the students, he loved most. He held the job for fifteen years and served as a Senior Residential Advisor and Res 10.

On January 1, 2004, in a 1870 Old West ceremony. James married Shirley Mulford Murphy. They were later solemnized in the Ogden Temple. James was a faithful member of the Church of Jesus Christ if Latter-day Saints and held many important roles in the church. He is survived by his wife, Shirley Murphy, brother John Derickson, sister Kathy Styles, daughters Tina Marie Adams, Kathleen Adele Murphy, and nephew Jeffery Allen Watts. James had four grandchildren and six great grandchildren.

Grave side service will commence at a later date. A Scottish wake will be held in his honor on July 31, 2019, at the home of Steve & Yvonne Rankin. Close family, and friends will celebrate his life and honor a great man.

I thought of you today, but that is nothing new,

I thought about you yesterday and days before that too.

I think of you in silence, I often speak your name.

All I have are memories and your picture in a frame.

Your memory is a keepsake from which I'll never part.

God has you in His arms, I have you in my heart.

To order memorial trees or send flowers to the family in memory of James Charles Murphy, please visit our flower store.