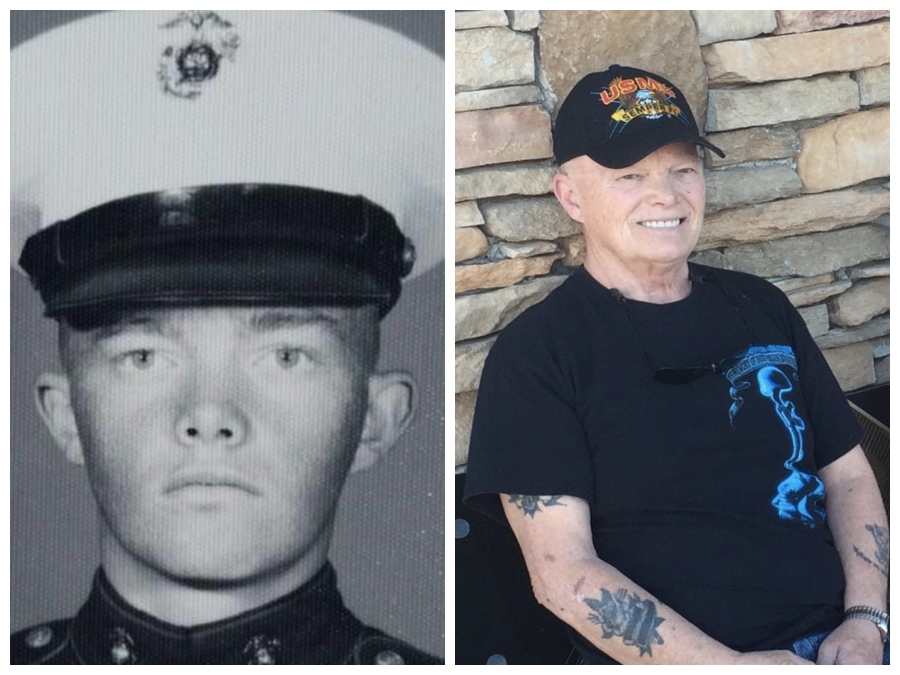 James Edwin Weaver
Roy – James Edwin Weaver, 71, passed away peacefully at home on Wednesday
June 19, 2019 after a courageous 26-year battle with cancer. He was born on
October 17, 1947 in Ogden, Utah. Son to Edwin Grant Weaver and Anita Marjorie
Woodhead.
He joined the Marine Corp at the age of 17 and served his country honorably for
two terms in Vietnam and the Philippines from 1964 to 1971. He received honors in
Rifle Sharpshooter, RVN Cross of Gallantry w/Palm, and the Good Conduct Medal. He
held the rank of Sergeant.
On July 25, 1981, he married Denise Schofield. He is survived by his wife and
son Tony (Kacee) and 3 grandchildren, Parker, Lucas, and Kenedie Weaver. One older
sister (Anita Louise Pratt) and younger brother (William Charles Weaver). One
younger brother (Robert Brent Weaver) proceeded him in death.
Jim drove Semi Trucks long-haul for Amber Trucking and locally for Jack Parsons
Trucking. Later, he was employed by Homeland Security as a Security Guard at the
Army Depot and Federal Buildings in Ogden, Utah.
Jim’s hobbies included CB Radio; late at night he would speak to people all
over the states and in rare occasions outside of the US. He took great pleasure in
teaching his loved ones how to properly clean, handle and fire firearms. During the
1990s he purchased a 1970 Plymouth GTX to restore and take to car shows
throughout Utah and Idaho. He eventually, after several years, did get “Old Yeller”
restored to the original condition.
Jim will be greatly missed by his friends and family, who were kept in hilarious
laughter at his sarcastic banter, generous nature, love of dogs, pride of the country
and gratitude for the Marine Corps.
A grave-side, military service will be held in Jim’s honor on Friday June 28 at
2:00 P.M. at Lindquist Memorial, Gardens of the Wasatch. 1718 Combe Rd. Ogden,
Utah. In lieu of flowers please donate to the Vietnam Veterans Association vva.org/
donate.

To order memorial trees or send flowers to the family in memory of James Edwin Weaver, please visit our flower store.

Lindquist's Memorial Gardens of the Wasatch