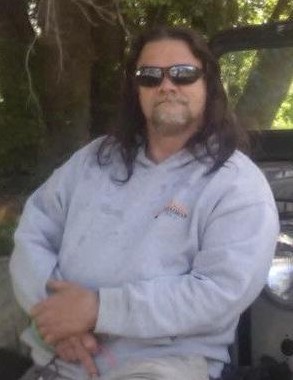 Our father, grandpa, brother and friend Jimmie D. Grundie passed away on Monday 12/09/2019. He was born on March 4, 1960 to John M. and Madge Grundie. He arrived in this world as a tiny little boy, but grew into a man with a big gentle heart. He lived with his family in Idaho and Utah. He attended Ogden City Schools and loved swimming for Ben Lomond High School.

Growing up Jim was a rather curious child and with his two brothers tended to get into mischief often. He made friends easily and learned the value of hard work from his father. Jim had a great love for the outdoors. He enjoyed fishing, hunting and just relaxing in nature. He shared this love with his son, nephews and his girls. He also enjoyed working on old cars and trucks. There seems to be pieces everywhere, but don’t touch them, he knows where they go.

Jim drove a semi-truck for a living, he liked being out on the open road. He had worked for Stauffers Towing, Stone Meats and was currently employed by G & P trucking.

In 1976 he met Cindy Smith and together they had a daughter; Michelle. In 1985 he met and married Jill Morrison. Together they had four children; Jessica, James, Jennifer and Jodi. They were later divorced. Jim loved his children very much and told them often. He considered his children’s spouses as his own.

Jim is survived by his children; Michelle (Jay), Jessica, James (Jessica), Jennifer (Kenneth), and Jodi. Who have all blessed him with his beloved grand children: Alexus, Zerek, Cassie, Kylee, Zedekiah, Sydney, Quincy, and Payton (soon to make her grand appearance). He also leaves behind two beautiful great grandchildren Ryker and Raelynn.  He is survived by his sisters; Roseanna, Laura (Richard), Kaylene (Dale), his two brothers; Kavin and Jonnie. He also leaves behind aunts, uncles, nieces and nephews.

To order memorial trees or send flowers to the family in memory of Jimmie D Grundie, please visit our flower store.