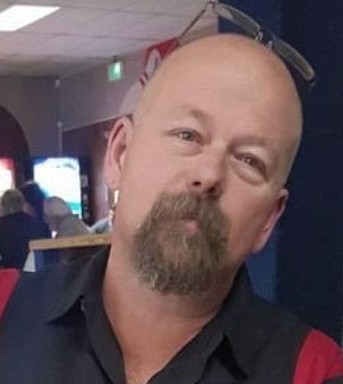 John (JT) Brooks was many things. We could take his life and create many books about the fun, dedicated, adventurous life he lead. John was born on April 4, 1971 to Sharron and Johnnie C. Brooks.

He spent some of his childhood in California, then moved to Utah where he lived in Ogden until he passed away Tuesday, August 23, 2022 surrounded by his closest loved ones.

He married Angie November 1989,  they had 4 children together. During this time he ran his own shop with his dad for 2 years. He also worked for Patty's Towing for 15 years; where he got to meet so many people. This is something he was so proud of, and he absolutely loved working alongside his dad and taking his kids with him on his truck adventures.

They later divorced and remained close friends, successfully co-parenting together. He married Lisa in January 2007, they had a daughter together and had shared custody of her up until the time of his passing.

In June 2010, John and the love of his life, Michiko Brooks became an inseparable pair. They had the type of love we all wish to achieve; one of a kind. In December 2017, they (finally) got married- they were amazing together and were able to fight so many ups and downs with a strength that never wavered.

To sum him up, he loved his family and friends, he could diagnose a car with a phone call, and he loved car shows and music. He was always a leader and had the best dad jokes in all of the land.

He is survived by his 5 kids: Samantha, John, Nathan, Chance, and Lonnie; His wife; Michiko; 2 brothers, 5 grandkids, and dog daughter Sage Ann. He is preceded in death by his grandparents; his parents, Johnnie C. Brooks, Sharron Brooks; and his nephew, Bryan Brooks.

We hosted a celebration of life with close family and friends on Sunday, August 28, 2022.

To order memorial trees or send flowers to the family in memory of John (JT) Brooks, please visit our flower store.