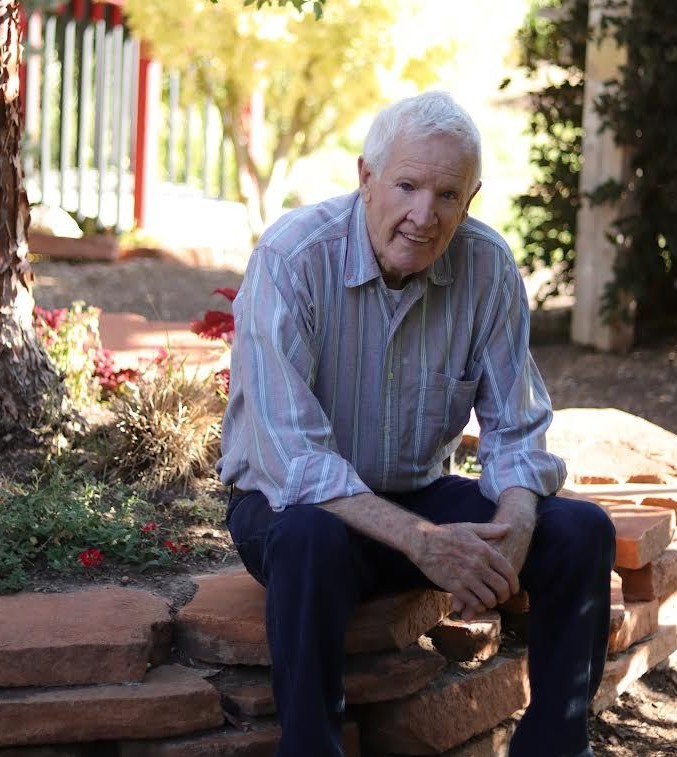 Our beloved father left this obituary for us; it reads as follows…

John O’Donnell was born Nov 28, 1929, in Hamtramck, Michigan, a suburb of Detroit. His parents, James and Catherine, were immigrants from Ireland. They met at a church social in Pittsburgh, Pennsylvania, married and moved to Detroit in search of employment. We had a huge and beautiful family. John was born on Thanksgiving Day and spent his earlier years in the Detroit area. The Great Depression and circumstances had him ‘enjoying’ life as a farm boy in rural Michigan. He lived in a home with neither indoor plumbing (does anyone recall the “outhouse”) nor a furnace; electricity was limited. The telephone and other amenities came later; he recalled ‘Ma Bell’ stringing the telephone poles and lines. He attended a one-room schoolhouse for several years, walking to school. He walked behind a one-mule plow, milked the cows and performed other chores of farm life. He also discovered that stepping on a rusty nail (he walked barefoot quite often) and not letting the elders know about it resulted in Tetanus (Lockjaw). He went into a coma on the way to Henry Ford Hospital in Detroit. He spent a few weeks in the hospital; the doctors (and prayers) brought him back to good health. He ended the bucolic life on the farm and enlisted in the Air Force in 1947.

His parents instilled in him a deep regard for faith in the Lord, and honoring his Blessed Mother. John and his wife Shirley (resting in the Lord as well) tried to do the same with their children (Matthew, Laura and stepson James).

He retired from the Air Force as a Senior Master Sergeant (E-8). He was a member of the Knights of Columbus and the Immaculata. He taught Confraternity of Christian Development (CCD – “Sunday School”) for middle school students; he read Sacred Scripture and took Holy Communion to shut-ins and elderly in convalescent homes and helped his church as well as he could. He touched many lives during his recent stay at the George E. Wahlen Ogden Veteran’s Home.

Rather than giving ‘dead’ flowers, please consider giving to your favorite charity. Also consider helping the poor, the starving and the homeless. Remember to trust in our Lord Jesus Christ, His Mother, and the Trinity. Be kind to the less fortunate.

To order memorial trees or send flowers to the family in memory of John O'Donnell, please visit our flower store.
Open

Rosary will start at 7 PM.