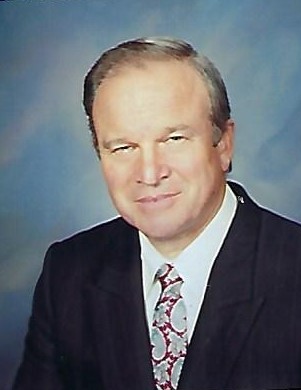 in 1938, to John G. and Eva I. Willener. He grew up in the Eugene area and graduated with a Business Degree from the University of Oregon. Under the tutelage of his football coach, Len Casanova, he played in the 1958 Rose Bowl game. He served as a medic in the U.S. Army. While in Germany, he played for the 24th Infantry Division Football Team winning two USEUR, all Europe championships.

He was a past Exalted Ruler in the former Elko Elks Lodge. As an outdoors man he made use of every opportunity to fish and hunt. For 31 years he was an officer and engineer with the Southern Pacific Railroad. With his companies he was involved in the competitive growing Brine Shrimp Industry. John never missed a chance to seek adventure for fun or business.

He was preceded in death by his parents and brother and sister. He leaves to cherish his memory his wife Rachel of 56 years, and children and families of Julie, Pamela, John, Jr., Stephanie and Edward. In his memory a private memorial was held by the family.

The family would like to express their sincere appreciation for Dr. Carl R. Gray, all the nurses and staff at the Utah Hematology Oncology Clinic in South Ogden and Dr. I.S. Sparks at Herefordshire Clinic in Roy with members of Hospice.

To order memorial trees or send flowers to the family in memory of John Allan Willener, please visit our flower store.