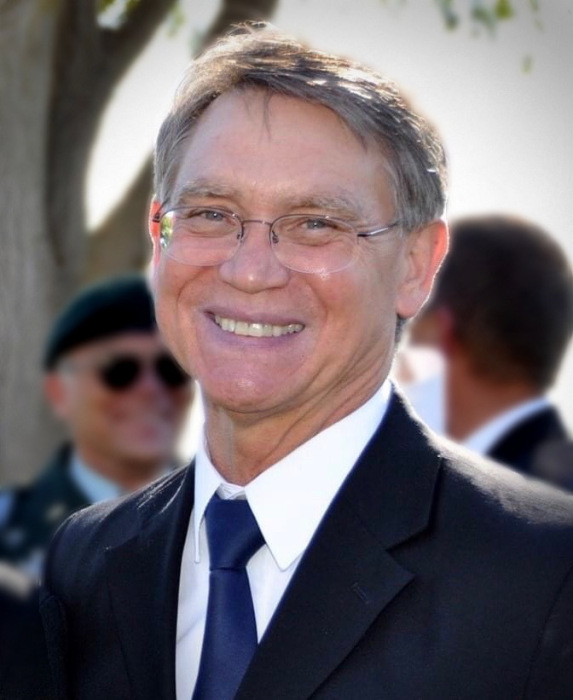 Beloved husband and father, Joseph George Fairbanks, passed away April 21, 2020, in Roy, Utah, after a long illness from chronic pain.

George was born on July 4, 1950, to Anna Hansen and Sterling Voy Fairbanks in Ontario, Oregon.  As a young child his family lived in Duchesne, Utah, and then moved to Moses Lake, Washington, where his family lived on a dairy farm.  George was a very shy boy and would often sit at his mother’s knee and play under the frame as she quilted.  George was known by his siblings to be quiet, gentle, and kind throughout his life.

The Fairbanks family moved to Paradise, California, in 1960.  During high school George excelled in athletics and particularly enjoyed wrestling, baseball, and football.  He learned to play the piano and organ and would accompany musical numbers during church.  He graduated from Paradise High School in 1968.  A year later, George was called to serve a mission for the Church of Jesus Christ of Latter-Day Saints in the Western States Mission.  His mission areas were mainly Colorado and New Mexico.  He served as secretary to the Mission President and was the Publication Editor.

After returning home from his mission, George dated Gayla Olson and spent months working on the Olson farm.  They were married in the Oakland California Temple on September 1, 1973.   They were married for 18 years.  Together they have five children:  Annie, Brian, Joe, Tom, and Jessa.

George was passionate about education and learning.  He received a Bachelor of Science degree in Biology from Chico State University in 1974.  He was accepted into a graduate program at Brigham Young University where he earned a PhD in Sports Medicine in 1979.  He was a tenured faculty member at Pepperdine University for ten years where he taught Sports Medicine curriculum and classes.  In 1989, George was accepted into the dental program at Baylor College of Dentistry in Dallas, Texas.  He attended dental school for several years while living in Mesquite, Texas.  He graduated from dental school in 1994, receiving his Doctor of Dental Medicine degree.  We always joked with him that he was Dr. Dr. Fairbanks.

While living in Texas, George continued teaching and began practicing dentistry.  During this time, George met Penny Smith at a church activity and began dating.  Penny was impressed with how caring, thoughtful, and tender George was with her.  They were engaged in 1994 and married January 28, 1995, in the Salt Lake City Temple. They moved to Utah in 1997 and had two children; Bryce and Megan.  George and Penny lived in Roy, Utah, and have been married for 25 years.  George worked as a dentist for the State of Utah Health Department. He retired from dentistry in 2012 after 15 years of dental practice, which focused on low income and uninsured patients.

George loved the outdoors, was a lifelong gardener, and an avid hiker, spending as much time as possible on the trails in Utah and California. He enjoyed camping with his family and we enjoyed listening to stories about his childhood and immense knowledge about the local history, wildlife, and foliage. George collected a variety of books and was constantly reading and learning.  He had shelves full of books and magazines.  If we had a question, he could find the book with the answer. George was exceptionally resourceful and found ways to repurpose and reuse what he had.  He was a minimalist at heart.

George has been a supportive father and taught his children the gospel of Jesus Christ.  By providing guidance, encouragement, blessings, service, and kindness he taught his family fundamental principles of the Plan of Happiness. He was very supportive of his grandchildren and their activities and events.  His example, generous spirit, and resourceful nature will always be a source of strength to us.  Throughout his life he served in many church callings and enjoyed the fellowship of ward members.  George especially enjoyed serving in the temple and encouraged his children to be faithful, to keep the commandments, and to keep our covenants.

To order memorial trees or send flowers to the family in memory of Joseph George Fairbanks, please visit our flower store.