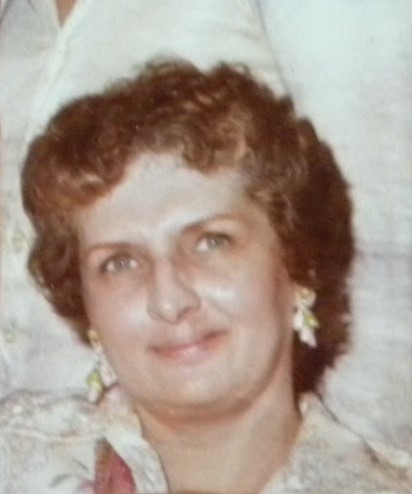 Karen Ann met her husband, SSgt. Robert Roberts, Jr., on a bus where she was traveling for a position with Frontier Airlines and he was traveling to a new military duty station with the United States Air Force.  The Elohim (Gods) put these two souls on the same bus and it was truly love at first sight.  Some story tellers claim that they got engaged on that long bus ride, where Bob found himself a beautiful Mormon girl from Cache Valley Utah and Karen Ann found herself a handsome Texan from East Texas.

They were married on November 7, 1957 and later sealed for time and all eternity in the Dallas, Texas LDS Temple.  Her first of 7 children, Robert Lindsey, was born on August 5, 1958 then followed by Dale, Valerie, Jeannie, Tracy, Eric, and Joseph. They were stationed with the Air Force at Tucson, Arizona (Davis-Monthan, AFB), Spokane, Washington (Fairchild, AFB), and Abilene, Texas (Dyess, AFB).  As a couple they gained many lifelong friends from his (their) service for our country.  After Bob’s retirement from the Air Force in 1967 they moved to the Houston area and settled in the city of Deer Park, Texas. In 1976 they moved to an inherited family property near Corrigan, Texas. After Bob‘s passing she later moved to Ogden, Utah to be close to her sisters and other family members.

Karen Ann was an active member of the community theater, she also wrote/directed many Road Shows and plays performed at her church over the years. She was a teacher at church, teaching primary children, Sunday School/Gospel Doctrine classes, and women’s Relief Society.  Holding many Teaching and Leadership positions in these organizations.  Her Relief Society Presidency in the Pasadena Texas 1st Ward were instrumental in getting the church to adopt “Cultural Refinment” classes as part of the worldwide women’s curriculum.  She made sure we went to the Symphony, the Threatre, many long Music Recitals, and lots of Choir performances as part of our cultural education.  In her words “just because you live in the woods doesn’t mean you have to act like heathens.” She made sure that country boys and girls had an opportunity to be cultured and somewhat refined.  She tried!!

Karen Ann drove the U.S. Mail truck in the mornings and evenings getting mail to the different Post Offices in the area as a means of making a little extra money. She also employed us to help her clean the church as a paid custodian.  She loved cooking big meals and making her famous Parker House Rolls from her mother’s recipe.  Her chili and Sunday dinner roast with a large pan of cornbread were always well received and devoured in short order.  Her house was always filled with books, as books and learning were just as important as the nourishment received from mama's cooking.

Karen Ann was the church chorister everywhere she lived and a lifelong choir member at church. In the 70’s she was a member of a touring choir called the “Singing Mothers.”  Her last public appearance, where she picked up the chorister’s baton was in January 2021 leading the music for her son's memorial service.

Karen Ann was from pioneer stock, a daughter of the Utah Pioneers and was a lifelong member of The Church of Jesus Christ of Latter-Day Saints.  It should be noted that she loved Temple Service and was indeed a True Believing Mormon (TBM).  She loved her family history and the studying of church history.  A love that she instilled into those around her.

Karen Ann was a Den Mother and Webelos leader in Cub Scouts for many church and community Cub Scout Packs, as her boys were growing up. She earned 3 Eagle Scout Mother pins as she helped her boys earn the rank of Eagle Scout in the Boy Scouts of America.

Karen Ann loved reading, painting, quilting, sewing, listening to music both live and recorded, acting in and directing plays, and watching movies, plays, and TV shows. She loved spending time with her children and grandchildren and took great pleasure in hanging up pictures of them for her guests to see. She loved making quilts, she made many quilts for her grandkids and also made special towels with embroidery for grandchildren’s baptisms.

Karen Ann was an avid student and lifelong learner studying many subjects. She enjoyed her time studying at Angelina College, Lufkin, Texas where she worked on Music Theory, Theatre, Art, Painting, English, Poetry, and History.

Karen Ann was the Queen Mother of  generations and was called “Honey” by many of her grandchildren.  The Queen is gone but lives on in the memories of many.

Karen Ann Olsen Roberts funeral services will be held on Friday, September 3, 2021 at Aaron’s Mortuary, 496 24th Street in Ogden, Utah. There will be a viewing from 10 - 10:45 am followed by a family prayer with the services starting at 11 a.m.  Her interment will be that same day at 1 p.m. at the Hyrum, Utah cemetery

.For those out of state who cannot attend the services will be televised via zoom call.

To order memorial trees or send flowers to the family in memory of Karen Roberts, please visit our flower store.