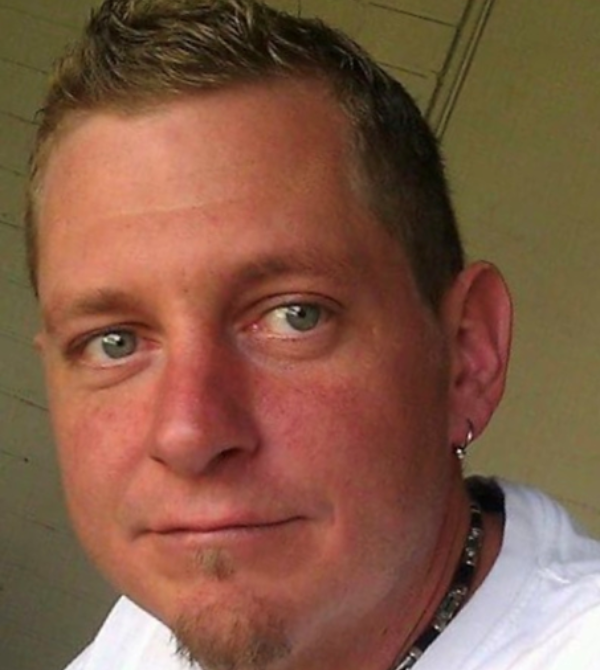 Our beloved father, son, brother, and uncle passed away from multiple health complications on April 9, 2022, at the age of 45. He was born September 8, 1976 in Provo, Utah, to Lois and Rand Eberhard.

He grew up in Clearfield, attending Wasatch Elementary, North Davis Junior High, and Clearfield High School, plus took mechanic classes at DATC, where he developed his love for cars. This led to work as a skilled mechanic in the automotive industry, specializing in safety & emissions.

As a young man, he earned his Eagle Scout and had the privilege of traveling to Fort A.P. Hill, Virginia, to attend the Boy Scouts of America National Jamboree in 1993. He enjoyed camping, fishing, and hunting with Ryan (his closest friend and cousin); his many pets included white rats, black rats, gerbils, hamsters, exotic fish, German Shepherd dogs named Fritz and Heidi and then later a beloved cat named Gizmo (lived 17 years).

Kelly was kindhearted, helpful, and talented at everything he attempted. He valued cleanliness and loved the simple life, Chevy trucks, a good prime rib steak, a large plate of giant crab legs, over-seasoning his food, cooking shows, and the results of gardening—especially tomatoes. He was the proud father of a beautiful daughter, Tristyn Jaylyn, with whom he shared a special bond.

He is survived by his parents, Lois & Rand Eberhard of Clearfield, Utah, and his four siblings: Taunya Eberhard of Salt Lake City, Utah; Jason (Becky) of Meridian, Idaho; Brady (Jen) of West Valley City, Utah; Casey (Lindsey) of Farmington, Utah; his daughter, Tristyn; and three nephews and five nieces. He was preceded in death by his grandparents, Nevon & Ernest Eberhard Jr and Vica & Fred Germer, and his cousin Ryan Knudsen.

To order memorial trees or send flowers to the family in memory of Kelly Jay Eberhard, please visit our flower store.

Burial will be held following the service.