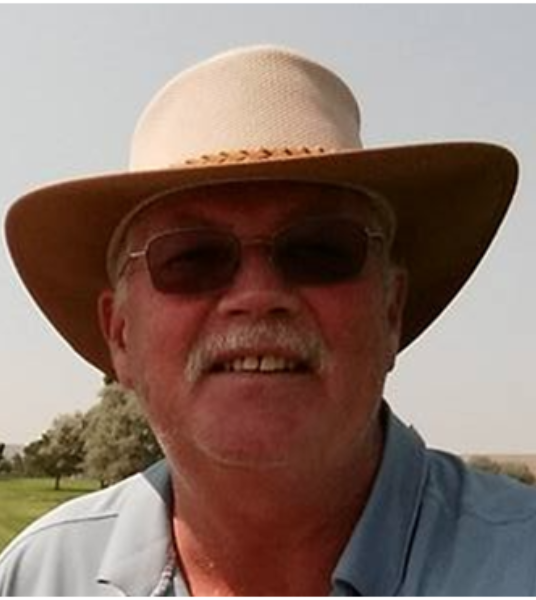 Kenneth C. Cox, age 65 of Riverdale UT, died Dec 17, 2021. Kenneth was born Nov 25, 1956 to Alvin & Ruby (Swift) Cox.
At 6 years old his father Alvin was killed in a hunting accident. At 13 his mother Ruby married Robert (Bob) Halls;, Bob was Kens hero and taught Ken to be an amazing man.
Ken graduated from Roy High in 1975. After graduation he worked in the area for a year and then joined the Navy and was stationed in Hawaii for three years. After returning from the Navy he began his career at Hill AFB working as an electronics technician. He retired from Hill AFB as PMEL Quality Inspector and US Air Force Reserves.
He enjoyed camping with his family, golfing with his friends, reading, and most of all spending time with his grandkids and family. He was a gentle giant who had the biggest heart and loved all his family members unconditionally.
He is survived by his wife of 40 years Kiley (Matherne) Cox, his son Kyle and wife Donna, his daughter Kristy & husband Chris Hahn, and 7 grandchildren: Cassie, Hannah, Tucker, Kaydyn, Hunter, Adelaide, & Conrad.
He was preceded in death by his father Robert Halls and mother Ruby Hall.
A celebration of life will be held on Saturday, January 1, 2022 from 3 to 5 pm at the church located at: 5500 S. 1175 W. in Riverdale.
In lieu of flowers make donations to:
Kenneth Cox, Memorial at America First Credit Union (Routing # for AFCU: 324377516)
Account # 9122375

To order memorial trees or send flowers to the family in memory of Kenneth C Cox, please visit our flower store.