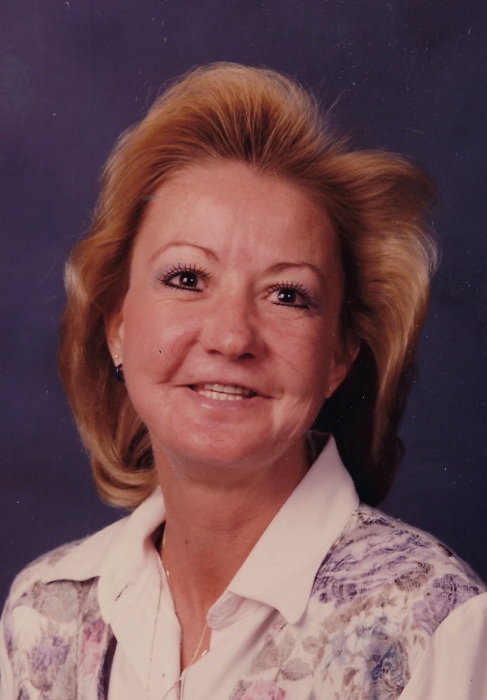 Laurie Kihlstrom Whitten, was born on September 20, 1956 in Ogden, Utah to Eugene and Judith Kihlstrom.

She peacefully passed away in her sleep on December 5, 2019.

Laurie fought multiple health issues throughout her lifetime, but always stayed strong and positive to everyone she met. Laurie held a lot of pride with her careers, though at times her health made it difficult. She worked many years as a computer assistant at Hill Air Force Base. She loved her time with those coworkers and would talk of how she could work alongside her children sleeping next to her. Due to health, she had to take a medical retirement at the base.

Later she prided herself working part time as an aide to her children's elementary school. She was a known trademark with all the kids; wandering the halls, substituting, and being the playground monitor. She was also an active PTA member at their jr. high school.

Her last employment was working accounts payable and fuel mileage for multiple trucking companies. She loved the trucker life and the stories and friends that came with it.

She married Harry Whitten on April 5, 1979 and had two daughters, Alexis Carroll and Stacie Eilander. Her daughters and grandchildren were the joys of her life. She was very active in their day to day activities and by their side cheering on all their accomplishments.

She loved taking care of others. She was always willing to lend a hand when she could. If she wasn't helping someone through action, she always opened her door or home to anyone who needed, Always trying to be a stepping stone until they could take care of themselves. She also had an open door to "her extended kids." Many of our friends have spent time and holidays under our roof and sharing holidays with all of us included. She never closed the door.

Her other joys were baking and crafting. If anything could be said about her it's, THAT WOMAN COULD BAKE! You have never had a favorite cookie until you've tried one of hers. Growing up the house was always filled with the smells of cookies, cakes, popcorn balls, or her legendary seven layer bean dip. Tears in our eyes when we had to hear the goodies were meant for someone else.

She was a very active member of the Latter Day Saints. She took pride in her church calling as a primary school teacher with her best friend of 55 years, Diane Maylin.

Though it can be said that Laurie and Harry had their ups and downs, in the end they loved eachother dearly. Nothing brought them more pride then the amends they made and the love they shared for eachother preceding Harry's death. No matter what came between them, they always found their way back together. If both chose to accept, they were sealed to one another November 6, 2017 for all of eternity.

She will be deeply missed by many.

She is survived by her children; Alexis Carroll, Stacie (Ricky) Eilander, her grandchildren; Alex Carroll, Janelle Carroll, Joseph Snowball, Draven Eilander and Teyrrah Eilander. Her Uncle Alan, many brothers and sisters, cousins, nieces and nephews. She is preceded in death by her Grandmother Mae Reeder, who she loved dearly, her parents, her Aunt Carol, Harry Whitten, Brothers; Reynold and Robert Kihlstrom, and her granddaughter Nevaeh Rae Eilander.

Gracveside Services will be held at Lindquist's Washington Heights Memorial Park, 4500 Washington Blvd, Ogden, UT on Saturday, December 14th, 2019 at 1:00 p.m. A celebration of life will follow afterwards to those who wish to attend.

To order memorial trees or send flowers to the family in memory of Laurie Whitten, please visit our flower store.