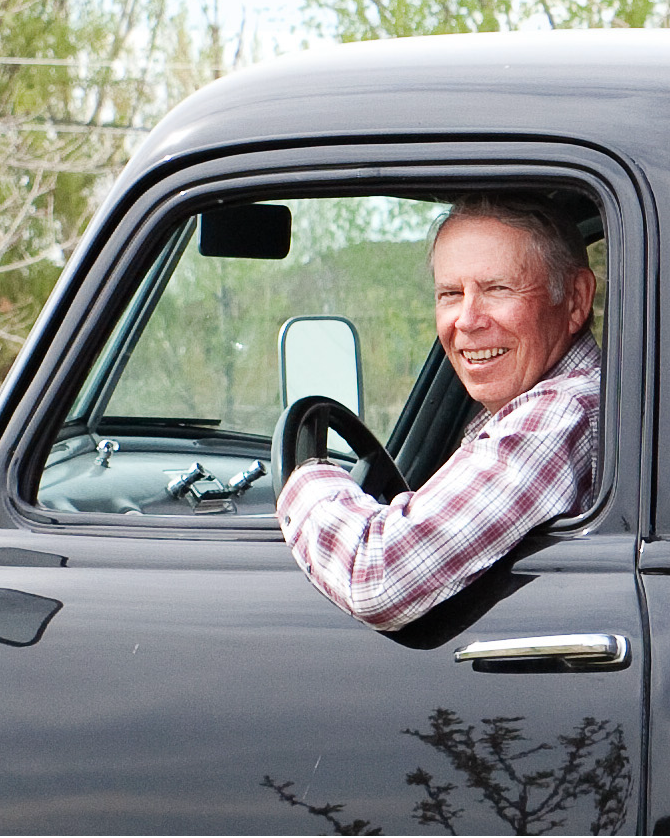 As a child he grew up on a farm in Taylor, UT, where he learned to work hard. Les went to Taylor Elementary School, West Weber Elementary School, Wahlquist Junior High, Weber High School and graduated from Weber State College with a degree in Maintenance Engineering. He proudly served his country in the Army. He was a member of the Church of Jesus Christ of Latter-day Saints. He married Judy Nelson in the Logan Temple December 18, 1967.

Les was a long-time resident of Green River, Wyoming, where he and Judy raised their family. He worked as a Mine Maintenance Engineer Supervisor for FMC until retiring in 1999. Then he and Judy moved back to his family farm and built their own home.

Les loved boating and water-skiing.  He did both into his 70’s. His family has many great memories of camping and boating trips.  Les also enjoyed restoring classic cars and working in the yard.  He used his varied skills and spent many hours in the service of others.

He is survived by his wife of almost 54 years, Judith Kathyrn Nelson, and 5 children: Tamara (Fred) Cannon, Jennifer (Bill) Burton, Jason (Jamie) Hadley, Michelle (Chad) Brady and Katie (Shaun) Ritchie; 19 grand kids and 3 great-grandkids. Les is also survived by his sisters Nora (Jerry) Meenk, and Barbara (Roger) Blair. He was preceded in death by his parents.

To order memorial trees or send flowers to the family in memory of Leslie Thomas Hadley, please visit our flower store.