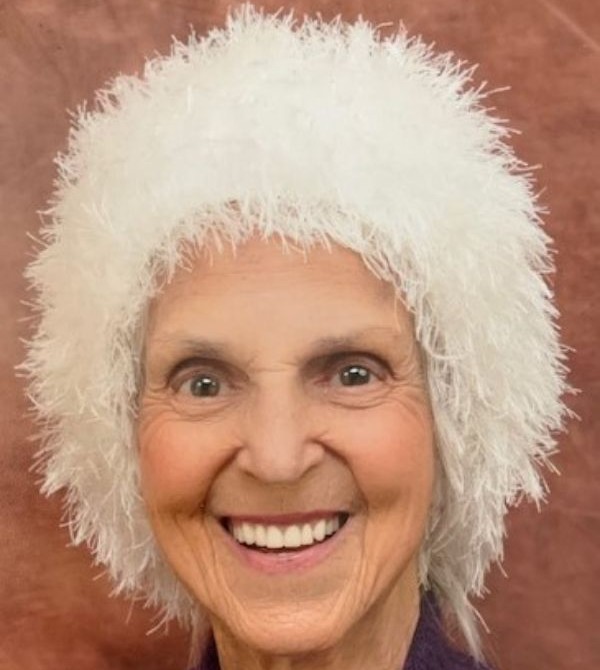 Lorraine Burr (Rainbow)
Lorraine Gandy Christensen Burr (Rainbow) was welcomed home by her beloved Savior and friend on Oct 20, 2021.
Born July 31, 1931, Lorraine was the daughter of Sildem Joy and Rebecca Maude Gandy. She grew up in Society Hill South Carolina and was a true Southern Belle with her slight southern drawl, her flair for fashion and attention to hair, and her hospitality. Her father nick-named her Rainbow. He would put her on his shoulders and dance around the room singing “There’s a Rainbow round my shoulder and she fits just like a glove…” This was a song sung by Al Jolson in the early 1900’s.
She was the 9th child of 11 children. All who preceded her in death except one brother, Rupert (Marilyn) Gandy.
Her childhood was spent in poverty as her father, and several siblings passed away by the time she was 10. She would often tell stories of her life when she was young and how it was to be so poor. She always told too, of the many people that helped the family. One such was her teacher, Miss Frances. She was a friend of the family and would often have Lorraine come to her home after school until her mother could come and get her. Miss Frances had her do odd jobs around the house like sweeping the floor. Lorraine always said she was sure that the floor was not swept very well because she was only 8 at the time, but that didn’t matter to Miss Frances.
When Lorraine was 14 years old, through the assistance of family members, her mother and the remaining children were able to move to Utah where they made their home.
Lorraine married Ralph K Christensen on Dec 3, 1952. He preceded her in death in 1987. They have 6 children: Kay (Gaylynn) Christensen, Drew (Jean) Christensen, Rulan (Shar) Christensen, RuAnn Paben, Brenda (Mark) Towers, and Eric (Terri) Christensen. In 1971 a foster daughter, Merry (Scott) Stowell, came to live with them and she is every bit one of their own. Lorraine’s son Rulan, preceded her in death in 2015.
She has 29 grandchildren, 68 great-grandchildren and 1 great-great-grandchild.
Lorraine married her second husband, F. Paul Burr in 1988, and gained 4 step-children, several more grandchildren and great-grandchildren. Paul preceded Lorraine in death in 2012.
In 2011 just shortly after her 80th birthday, Lorraine, was diagnosed with Hodgkins-Lymphoma. She fought this cancer bravely and although it went into remission, the treatments were devastating to her body. Her lungs were badly damaged and caused her to get pneumonia frequently. She battled this as best she could but finally succumbed to it.
She was a beautiful lady that had the best fashion sense and always knew how to dress for any occasion. She loved the younger clothes and was always worried that she dressed too young. But she made it work. In later life she had lost so much weight that we had to shop in the teenage section just to get clothes that fit her.
She lost most of her hair with the chemo-treatments but had beautiful wigs and one very fuzzy white hat that everyone thought was her hair. She had more comments on that fuzzy hat than ever on her hair!
Her grandchildren remember her beautiful 19th century home in Kaysville, her Elephant collection, her fun sleepovers, her beautiful collie, Rainy and Golden Retriever, Chase, and the fun Christmas parties. These were mostly breakfasts of thin hot cakes from an old Danish recipe that she had taught all her children to make. She would also bring sacks of homemade peanut brittle that she passed out to each family at the party.
Her children remember her as a great listener and open-minded person who would accept anyone as they were with no judgement. She was a great example of one having unconditional love.
Her friends and family will remember her for the sweet lady that she was and for her testimony and belief in her Savior. She bore this testimony to the very end of her life, even when she could no longer say it in complete sentences but get enough out for you to understand her great faith.
Please join us in celebrating her life at a viewing from 6:00 pm to 8:00 pm on Wednesday, October 27, 2021 at Aarons Mortuary & Crematory, 496 24th Street, Ogden, Utah. The following morning family and close friends will participate in a graveside service at 11:00 am at the Clearfield Cemetery located at 1050 South State Street, Clearfield, Utah
Instead of flowers, you can honor Lorraine by expressing your love to those you value and extending kindness to all you meet.

Mom, we love you and will miss you dearly but are so happy for you to be able to rejoice with so many loved ones that have been waiting to welcome you back home.

To order memorial trees or send flowers to the family in memory of Lorraine Burr (Rainbow), please visit our flower store.