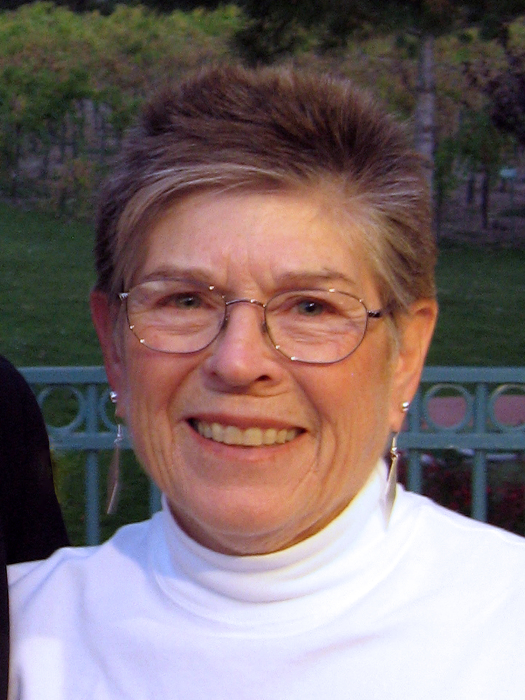 Louise was born October 26, 1937 in Ft. Worth, TX, and raised in Alvarado, TX, by parents, Samuel Albert Kelley and Annie Bill Prestridge Kelley. She graduated from Alvarado H.S. in 1955 and North Texas State College in 1959 with an English degree, because her adviser said “women don’t study things like foreign service.” (She never quite forgave him.)

While teaching in Midland, TX, she met dashing Air Force pilot Melvin Eugene Pollard on a blind date. They married on Easter, Apr 2, 1961, in her Alvarado home where her parents had married. Daughter Kelley was born at Webb AFB in Big Spring, TX. When they moved to Randolph AFB in San Antonio, TX, Louise took flying lessons so she could see what Mel was so crazy about, and on her certificate, they had to cross out “he” and write in “she,” because again, women weren’t expected to do that sort of thing. Son Raymond was born at Randolph AFB. As Ray turned 2, Mel left for a year to fly F-4s in Vietnam, leading him to claim later that Ray never had the “terrible twos.” Louise begged to differ, but made being a stalwart Air Force wife and loving mother look easy while moving around the U.S.

When the kids were young, Louise taught English and volunteered. As the kids grew, she got a Master’s degree in Library and Information Science at the U of Maryland. She was a legal librarian for a law firm, then for the U.S. Court of Customs and Patent Appeals in Washington DC. In 1979, the family moved to Hill AFB and loved Utah’s skiing and camping, so Mel retired and they put down roots. In SLC, Louise was a corporate librarian for Kennecott and then for American Express. She retired in 1992, then coordinated the Davis County Adult Literacy program, worked at Nu Images photo gallery in Park City, and was a photo lab supervisor at the Salt Lake Art Center. She and Mel had a photography business, the Outside View, and traveled and photographed in the U.S., Europe, Caribbean, Southeast Asia, and Central America. They hated to be apart for even a day, and at least one camera was always within reach.

After 52 years of marriage, Mel passed away from stroke complications. For 4 years, Louise missed him dreadfully, but they are now reunited. She spent her last 2 years at Fairfield Village in Layton, UT, where she passed away March 10, 2018.

An open house celebrating Louise will be at Kelley’s home Mar 17, 2018 from 2 to 5 pm. Louise’s ashes will be interred beside her beloved husband’s at the Air Force Academy in Colorado Springs on May 11, 2018.

To order memorial trees or send flowers to the family in memory of Louise Pollard, please visit our flower store.