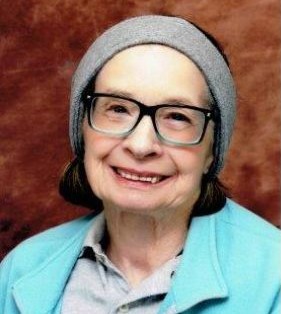 Mary Louise Dellamar
1939 – 2021
Our beloved sister, aunt, and great aunt, Mary, passed away on December 18, 2021. She was born on May 19, 1939 in Portland Oregon to William and Dorothy (Bennett-Blasé) Dellamar, the oldest of five children.
Mary worked at St. Benedicts Hospital during her high school years and upon graduation entered the St. Benedict’s school of nursing program. Upon graduation she took and passed her Utah State Boards for Nursing becoming a Registered Nurse. She continued to work for St. Benedicts Hospital as a surgical, scrub, or circular nurse. She stopped working so to attend the University of Utah Bachelor of Science degree in Nursing. After receiving her BSN, she moved to Washington State so to achieve her Master’s Degree in Nursing from Washington State University. She then taught nursing students at a diploma school within the State of Utah for a year and continued to teach nursing students at Creighton University Omaha, Nebraska. She returned to Utah to attend advanced science courses (math, chemistry and physics) to prepare her to earn another graduate degree in biology. She was unable to complete her curriculum due to family illness obligations.
In 1988, her mother became paraplegic. In consequence of that, she took care of her 24/7, until 2001, her mother died. Also, during this time she cared for her father who died in 1994.
After her mother’s death, she volunteered for “Hospice for Utah”, “Health Access”, and Ogden Central Middle School where she tutored students in math.
She was a member of St. Joseph’s Catholic Church in Ogden; she was a devout catholic and contributed to many catholic charities.
She was preceded in death by her sister Michelle Dellamar Hebestreet (John) and brother Christopher Dellamar (Ava). She is survived by her brothers William Dellamar (Jean) and Robert Dellamar (Ursula)., and by nieces, nephews
No public viewing or funeral is planned due to the time of year and the current health pandemic. The family would like to sincerely thank the Legacy House staff for their support over the time Mary lived under their care and the team at the Inspiration Home Health and Hospice who vigilantly watched over Mary in her last days.
We would also like to thank Aaron’s Mortuary staff in Ogden, Utah for their assistance for Mary’s final arrangement.

Funeral Mass will take place Friday, January 7, at 9:30 in the morning with a Committal Service following at Ogden Cemetery.

To order memorial trees or send flowers to the family in memory of Mary Louise Dellamar, please visit our flower store.