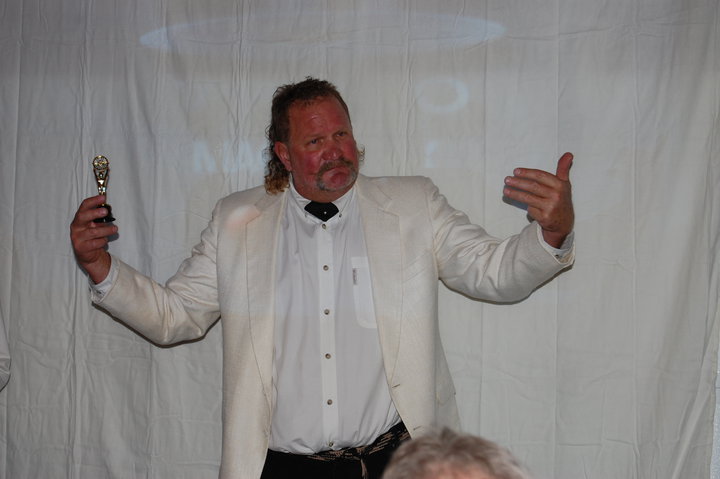 The world lost a big man on August 29, 2019. Mike had a big personality to match his big frame and was known to many as a gentle giant. He passed away doing what he loved (camping), at a place he loved (our property in Southern Utah).

Michael W. Thompson was born on December 5, 1956 to Warren G and Mary K Thompson. He was the youngest of three and enjoyed telling stories of growing up with two older sisters. Mike joined the Navy at the age of 16 and served for 4 years on the USS Nimitz. He then followed in his father’s footsteps by becoming a heavy equipment operator. Big Mike operated high tower cranes for many years working for Big D, Oakland, and Gleeson construction companies.

Mike waited until later in life to marry. He said “Mama always told me an angel would come along” and she did. He found his angel and married Renee LaPeé on February 3, 2001. We shared many good times filled with laughter and fun. Life will be a little (or a lot) boring without him.

Mike had a passion for music and had an eclectic collection. He always carried a harmonica and would whip it out and make up a song about his surroundings. Oh the fun we had listening to his musical stories!  Mike treasured his time playing in several bands “Rayband” and “Uno-Testucally” in the early 90’s.

A celebration of life will be held on September 24th from 7 – 9 p.m. at Harp and Hound, 2550 Washington Blvd in Ogden. Rest in Peace my Love.

To order memorial trees or send flowers to the family in memory of Michael "Big Mike" Thompson, please visit our flower store.