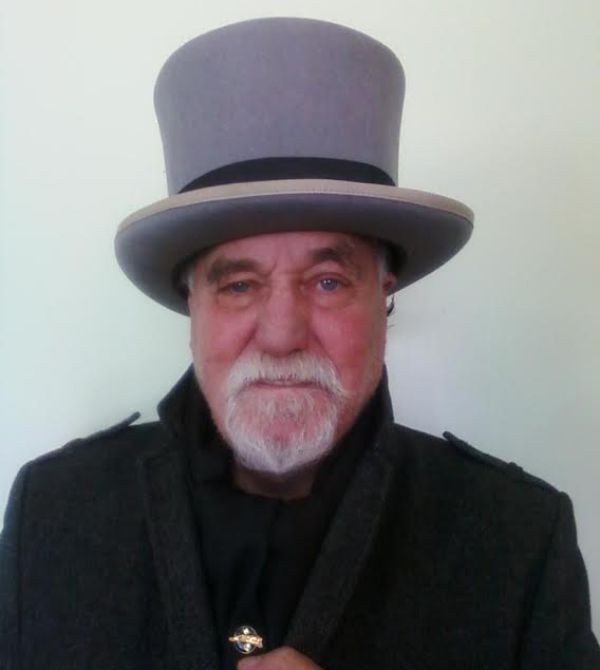 Nyle Youngberg passed away peacefully in his sleep in the late-night hours of April 9, 2022.

He was proceeded in death by his parents, Ivar and Orene, and one brother, Randy (Becky). He is survived by a sister, DeAnn (Bob) Dawson and a brother Val (Pam) as well as two daughters, Darcie (Steve) DeMeyer and Cammie (Carlos) Emjay, two grandchildren, Adi and Nomenoi and many nieces and nephews.

Nyle served an LDS mission to Ireland before enlisting in the National Guard and later the Air Force. As a paratrooper, he once jumped out of an airplane but the static line didn’t come loose from the interior of the plane which left him dragging behind the door slamming against the side of the plane. After much deliberation, the decision was made to foam the runway and cut him loose during a low pass over the foam. Luckily, they were able to pull him back into the plane before it came to that. After working in electronics in Germany, he retired from the Air Force and began working for Hill Air Force Base as a civilian.

Nyle was a lot to handle from the time he was a child and gave his mother a run for her money on a daily basis. There are rumors of him taking a buzz saw to the family station wagon because he wanted a convertible, getting suspended from school for cutting his cousin’s hair to mimic a teacher’s balding head, as well as derailing a train at the age of eleven. He was a favorite among his nieces and nephews when they were young, as well as one of the favorite fathers among his daughters and their friends. He was playful and energetic and took his kids and their friends on many adventures from trips to as many haunted houses as they could find at Halloween, and to the lake to go windsurfing, to trips to Yellowstone in the summers. He was a great story teller and according to his stories, he led a life full of danger and excitement. He would tell stories to anyone who would listen. His hairdresser mentioned to him once that she hadn’t seen him in a while. So, he told her that he was a buffalo rancher in Montana and had spent the entire winter herding his buffalo so he wasn’t able to make it in for a haircut. I wondered once, when I heard him tell his doctor a detailed story about when he was in Germany, he was responsible for top secret documents marked “For the President’s Eyes Only” in a briefcase that had been permanently welded to his wrist, why I don’t remember him having a briefcase welded to his arm. When I asked him about it, he simply said, “I don’t know why you can't remember it, cuause it was there!” He used to make his own vacation shirts. One time he wore one into the Lewis and Clark Caverns and entertained the entire group when the bananas on his shirt glowed in the dark when they turned the lights out. He was known to trade the shirts off his back when strangers would comment on how cool they thought they were. So, sadly, none remain. He loved trains from the time he was a child and always had visions of huge train car pileups. He set up a miniature train set with one track ending at the edge of the table so he could run trains off the edge and create his own mini pileup. He enjoyed working with model trains until the day he passed. He built several wooden model ships as well. He had a great eye for detail and even acquired original blueprints of the ships he would build to make them accurate to the original. He was never satisfied with the cheapo plastic parts that came with the kits and got himself an entire shopful of miniature power tools so he could create replacement pieces out of the material the originals would have been made out of. He would even go so far as to find fabric and rope material to fit the scale of the ship. It used to bother him that the kits would come with fabric that would have been “way to heavy for a ship that small.” He had many, many hobbies, from snowboarding and windsurfing to creating works of art from scrap wire and wood. He once took all the keys off of his keyboard and melted them in a pan in his oven and hung the chunk of plastic on his wall as art. This began an obsession of melting all sorts of random pieces of plastic until one day he called to tell us he nearly asphyxiated himself from the fumes. And who can forget the brief period when he wanted to create a miniature nuclear bomb just so he could see a miniature mushroom cloud.

Nyle will be greatly missed and his memory will live on for ages. Because he was such a unique man who rebelled against the norm his entire life, we feel he would appreciate a big party as opposed to a formal funeral. If you are interested in attending, please leave a message on his memorial Facebook page, along with any stories that come to mind, and we will inform you all when that celebration will be.

We would like your stories and memories in order to create a memory book of his life to pass around during the celebration. Please post stories and photos on his Facebook page for the book.
https://www.facebook.com/profile.php?id=100080294593511

To order memorial trees or send flowers to the family in memory of Nyle Youngberg, please visit our flower store.