Our beloved sister and friend Pamela Rae Tupa was born on Aug. 10, 1957, in Torrance, Calif. Angels escorted her back home on June 10, 2021. Many in heaven rejoiced at her arrival.
Pam moved with her family at age 10 to her precious Ogden, where she lived for most of the next 20 years and planned to return to after retirement.

Although born in Southern California, she considered Ogden as her hometown. She attended her last two years of grade school education at the old Lynn Elementary, where her favorite teacher was Mr. Glen Cottle.

She started her secondary education at Highland Junior High and finished up at Kearns Junior High School. Then, it was back to Ogden and her proud prep years at Ogden High. For the rest of her life, the dedicated Tiger graduate felt tremendous pride in having gone to the same school as her grandpa, mother and many other relatives.
For college, she attended Stevens Henager, honing the skills she would use during a work career that spanned 45 years. Pam worked for a number of businesses in Ogden and Salt Lake before finding her final stop at Win-Mark Company in Salt Lake City, where she worked for 31-and-a-half years.
Her other activities included participating in musical productions.  She earned a spot in the cast of "The Music Man" in a 1986 show in Salt Lake City. She also belonged for several years to a Salt Lake City-area community theater group, filling several billets, including helping to write and star in an original show.

She also devoted herself to church service, serving in her 50's as a West Jordan temple worker for the Church of Jesus Christ of Latter-day Saints. She lived in the Roxborough Park Ward in West Valley City for more than 30 years until her passing. She loved her many fellow members and friends there and served with faithfulness in many callings.
In 1990, Pam cared for her mother during a long terminal battle with cancer. Pam would be a two-time breast cancer survivor, in 1998 and 2007, and endure other major health challenges, but continued until a week before her death to work full-time. She didn't have a car and every weekday walked a round trip of about a mile-and-a-half to bus stops and train stops to get to work and home again.

She loved her extended family in the Saunders' clan in northern Utah and the Tupa family in Texas. She also loved America and Disneyland and Broadway musicals and many other things.
But, the Gospel and family were always at the top on her priority ladder.
She was preceded in death by her mother Karlene (Saunders) Tupa, father Jerry James Tupa, maternal grandparents, paternal grandparents, beloved aunts Barbara (Saunders) Watkins and Sharon (Saunders) Fuhr, uncle Mark Eugene Saunders, uncle Henry Tupa, aunt Judith Tupa and many other relatives and friends.
Survivors include her brother Mike Tupa of Bartlesville, Oklahoma, uncle Larry Saunders (Sandy)  of Saratoga, aunt Carol Bigler (DeeJay)  of Mapleton, uncle Read Saunders (Colleen) of Arizona, aunt Sylvia Steffek (Jimmie) of Texas, and aunt  Wilma Schaefer (Richard) of Texas.

She's also survived by aunt Angie Winkler of Texas, great-uncle Darrell Saunders of Ogden and great-uncle Glen Saunders of the Ogden area, as well as many cousins and friends.
Her services are planned for 11 a.m. Thursday at the Aaron's Mortuary on 24th and Adams in Ogden. A viewing is planned at 10 a.m.

To plant memorial trees or send flowers to the family in memory of Pamela Tupa, please visit our flower store.

I will forever consider Pam a sister to me! My family has always affectionately referred to her as Aunt Pam. From the moment we met when we moved in two doors down from her, our hearts joined with hers and she became family. Pam was convinced that our inclusion of her into our family activities was an "assignment from the bishop." Nothing was farther from the truth. Pam's passing is devastating, but we rejoice in her reunion with Mom and her loved ones. Thank you Pam for your love, wisdom, sense of humor, sacrifice for truth and right, and your shining light! We will miss you every day!

I will miss working with you, laughing with you and our funny emails. The moment I met you I was so fond of you Pam, and I grew to be more fond of you over the last year. Thank you for being my friend and it was a pleasure working with you. You are kind beautiful soul Pam may you rest in peace.

I'm still in shock knowing you're gone. I worked with Pam for 17 years at Winmark. We were family. I still currently talked to her often due to ordering supplies for my current employment. I just spoke to her about 3 weeks ago. You were one of the kindest persons I knew and had a heart of gold. We had a lot of fun working together. You were a huge part of my life Pam. The memories I will cherish forever. RIP my friend!

You will be missed. My Deepest condolence to your family. I have worked with her for many years as a customer of Winmark.

Pam has helped me at Winmark Stamp for the past 9 years. She was not onlya true professional,but Pam was like a ray of sunshine brightening those around her. She will be truly missed!

I worked with Pam on a professional level with Winmark Stamp. She was my "go to" person with anything related to stamps, name badges, signs, and engraving. Always very pleasant to work with. But it was more than that. I only met Pam once in person but we talked on the phone and emailed on a regular bases. Pam and I developed an email friendship and would banter back and forth through email and make each other laugh. I always joked with her that I was becoming one of "those" customers when I needed something quick or a special order. Pam would laugh and then make it happen. I what to offer my sincere condolences to Pam's family and friends. She will be missed.

Some happy times with our favorite Disneyland pals. We loved to travel with Pam.

So sorry to hear of Pam's passing. She was always so pleasant and helpful at Winmark. She will be missed.

Friends and Family uploaded 3 to the gallery. 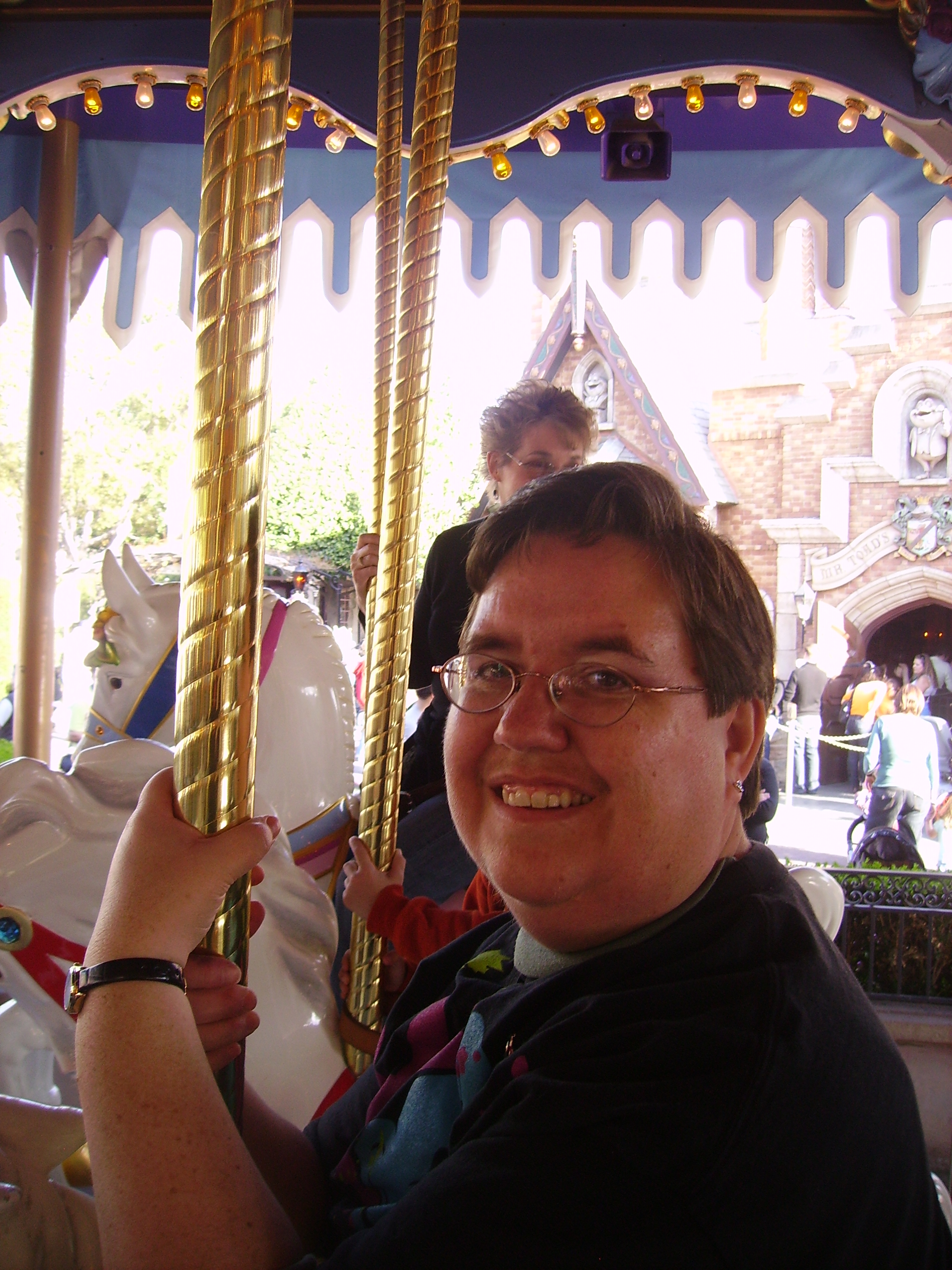 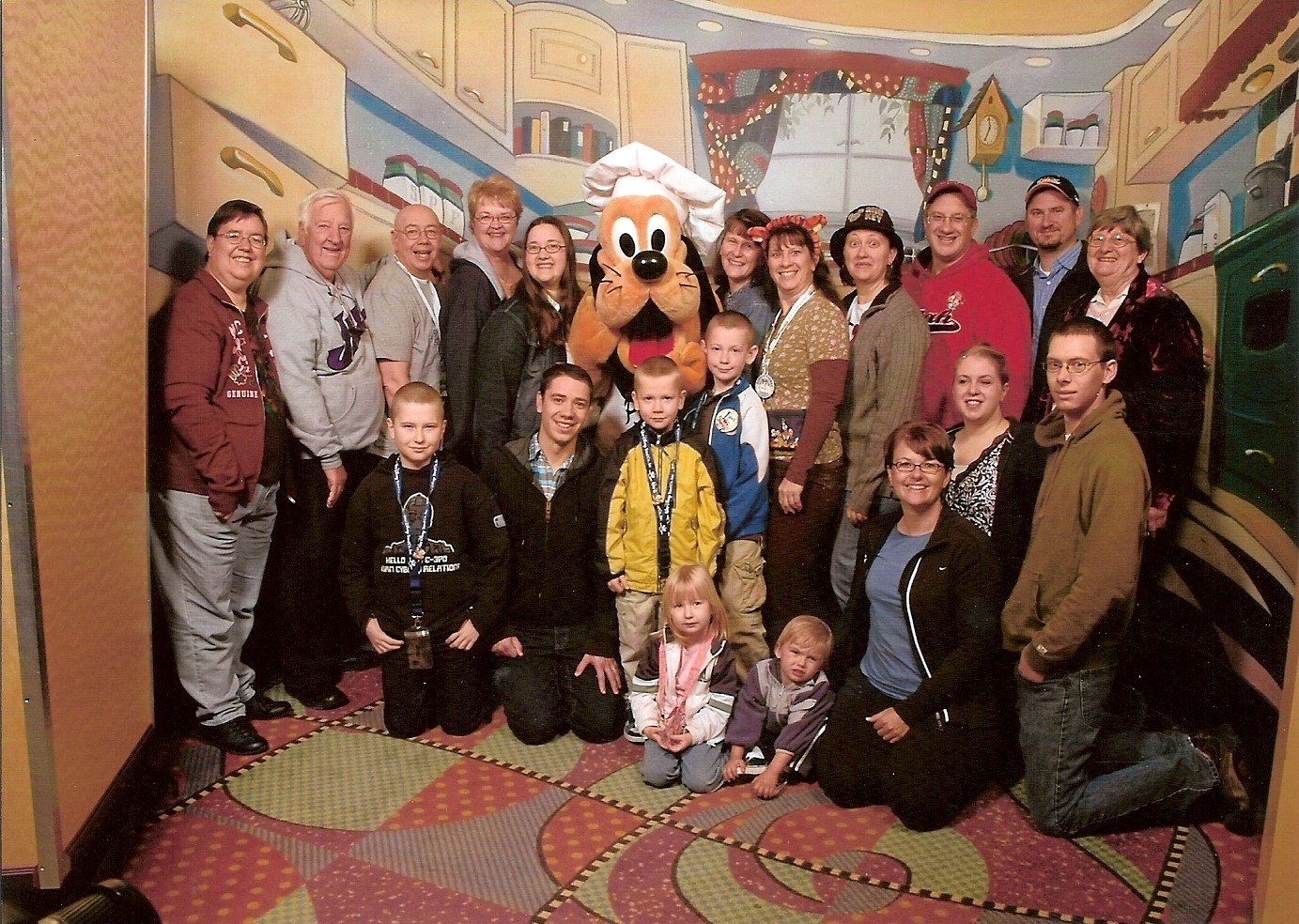