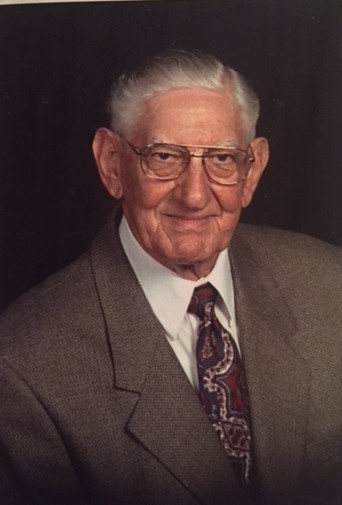 Paul was born in Salina, Kansas on January 17, 1921 one of four children to Clara and Jerry Nicholas. They moved to Hays, Kansas in 1933 where he graduated from high school in 1938 and attended Fort Hays University until 1940.

He then transferred to Montana State University in Missoula where he continued his studies in Forestry and earned a basketball scholarship.

Paul also worked in the summer months with the U.S. Forest Service as a forest fire fighter and in one of the early smoke jumper response unit, parachuting on forest fires.

He then entered military service in 1942 for the U.S. Army Air Corp.  Paul went on to be commissioned as a pilot in the U.S. Air Force and later became a certified helicopter pilot.

He was a veteran of World War II and Korea with Air Sea Rescue.  Paul also flew bombers, amphibious planes, cargo planes and helicopters as the missions required.

In 1949 he married the love of his life, Barbara Blenderman and they began their family having 6 children while on active duty.

At the end of the war Paul would be assigned logistic and completed his Bachelor of Science degree under Project Bootstrap.

Retiring as a Major after 20 years in the U.S. Air Force in 1964, he entered Civil Service at Hill Air Force Base where he was awarded multiple Sustained Superior Performance Awards and the ALC Commanders Award for his logistical leadership.

Paul retired from the Civil Service 1983 after 20 years and began his volunteer service at Wright Patterson AFB Medical Center for over 35 years and received the Retired Activities Volunteer of the year recognition at WPAFB.

He was preceded in death by his loving wife of 52 years, Barbara A. Nicholas and eldest son Gary Lawrence Nicholas.

In lieu of flowers, donations may be made to Hospice of Dayton or Honor Flight of Dayton.

To order memorial trees or send flowers to the family in memory of Paul A Nicholas, please visit our flower store.