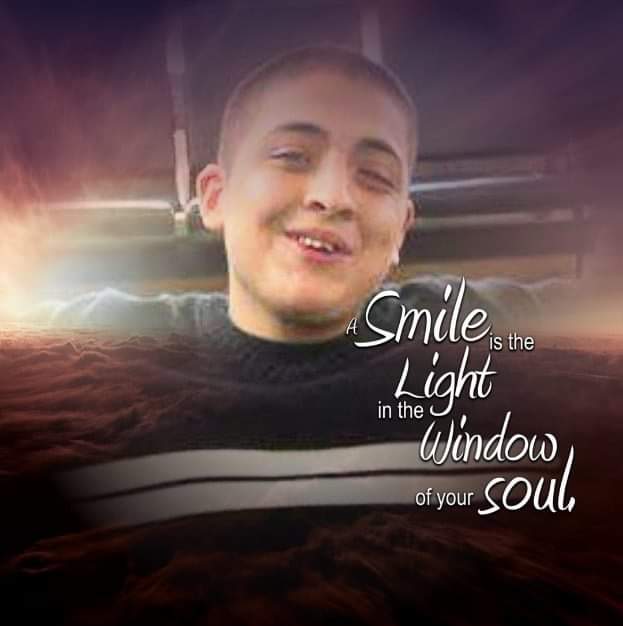 On November 17th 2020 Phillipe Ilario Valdez (FLIP) son, grandson, brother, nephew, cousin, father and inspiration passed away at the age of 27 just one day after his birthday from complications related to his traumatic brain injury sustained in a car accident on February 12th 2014. Our family was blessed to be able to spend the last 7 years with him. He was cared for in McKay dee hospital and rocky mountain care center the first 4yrs and for the past 3 years he was home with his family and surrounded by everyone who loves him until his passing. Even after he had sustained his brain injury, he was such a happy boy, he was always smiling and laughing and loved when his momma would sing and dance and make a fool of her self. They had their own way to communicate. Flip touched so many lives, and brightened everyone's lives who he came in contact with him he truly inspired each and every person who crossed paths with him, he would change their whole perspective on any issue's they were having in their own lives. Flip was truly a gift from God. Phillipe (Flip) was born on November 16th 1993 to Shazette Aurelia Valdez in Ogden City, Utah. Flip is the father of 2 daughter's Cerenity and Zahraeya who he loved with all his heart.  Phillipe was charismatic, he had a very special way of lighting up every room he stepped into.  He had ambition & did everything whole heartedly.His tío Zack was his Idol and flip loved making him happy. Zack taught Flip to drive at the age of 9 in AZ so he could drive him around on their adventures..lol Flip felt like the king of the world with his ear to ear smile to be his tio's chauffer, Flip's was known for his amazing driving skills. His aunt Tiff was another one of his favorite people she was always there for him when he needed her and when time's were hard, he knew he could call her and any of his family no matter what.. The highlight of his day's was when his momma would come to see him, he loved her so much, his eyes would light up as soon as he heard her voice and as soon as he layed eyes on her you could see the love they shared. And he was cared for by His G-MA until his passing they had a special bond that nobody else shared but them, they saved each other and he was his G-MA'S inspiration and he was her boss lol, and the way he looked at her with so much love would warm anyone's heart.  He is known for his infectious laugh, and his infamous half smile. He loved music, cars, family, the Dallas Cowboys, food and helping other's he was amazing in everything he did. He attended school in Ogden And Phoenix Arizona and He graduated from George Washington High School in 2013 and Worked at discount tire. He was a full time father. He loved helping other's he had a heart of gold and touched everyone He ever come in contact with and would brighten even the darkest room. He was a huge part of my heart my life and every life he touched He inspired and warmed heart's with his infectious smile  Phillipe is proceeded in death by his grandfather Joe Phillip Valdez.  He is survived by his mother Shazette Valdez and grandmother Robin Valdez his uncle Zachariah, his aunt's Tiffani and Mileen, his brother's Angelo and Izaiah his sister's Jaide, Mia and Esperanza and the love of his life Samantha (Mantha bear) his daughter's Cerenity and Zahraeya.. His baby girl Rennie said "I used to be his angel, but now he is mine" I love you daddy and the best part is that I'm a little piece of him!!

Graveside service's will be held Thursday December 3rd 2020 at 2pm in the Ogden City Cemetery..YOU WILL BE FOREVER YOUNG AND ALWAYS IN OUR HEARTS   [â¤] ï¸ LOVED TO THE MOON BACK AND BEYOND FOREVER AND ALWAYS RIP FLIP SKRIPT

To order memorial trees or send flowers to the family in memory of Phillipe Ilario Valdez, please visit our flower store.