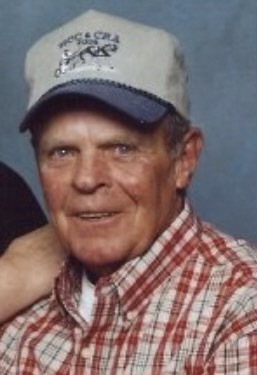 He was born on July 8, 1936 in Coalville, Utah to William Earl Brooks and Nettie Lavina Crittenden. He was the last surviving child of 15 total children.  He was a graduate of North Summit High School. He married Judy Vernon on January 30, 1959 in Wanship, Utah. Their marriage was later solemnized in the Salt Lake LDS Temple, March 17, 1965.

Judy passed away on January 20, 2012.  They are survived by their six children: Kevin, Stevin (Heidi), Jaylene (Vishy), Laura (Scott), Kelly (Annette) and Kimberly (Allen).  There are 20 grandchildren and 30 great-grandchildren.

Judy was told by her father that she could date that “Ralph” Brooks but that “Gus” Brooks was not an option. She married both (the same person) her senior year of high school and together they created their own thriving little kingdom here on earth.

Gus was small in stature but a giant in spirit.  Few with words but meaningful with the ones he did use, right up until the very end.  If you met him, you loved him.

Dad worked a full career with Mountain Fuel Gas Company.  It was this job that took him out of his beloved Summit County with the mountains, lakes and rivers.  He never did really leave there.  Dad never missed an activity his kids were in even if working.  Mt. Fuel had “mysterious gas leaks” that he had to go “investigate,” at schools, ball parks, gymnasiums, cheer competitions, events, activities, etc., Their serviceman Gus Brooks found some way to conveniently show up at these places on these “service calls” where his kids just happened to be playing or performing.

After a few months of retirement from Mt. Fuel, he decided it was less work to get a job than to complete all of mom’s assignments, so he went back to work at Weber County in the Fairgrounds and worked there until he was 82.

A special thanks to the many co-workers from both Mt. Fuel and Weber County, fellow hunters, fishermen, coaches, players, neighbors, officers, brother-in-laws, friends and relatives who dad met, knew and loved. We could never count them all.

Dad wanted us to just roll him into the hole and get on with our lives but we will still have a graveside service on Monday August 2, 2021 at 10 a.m. at the Hoytsville cemetery.

As a friend and neighbor sums it up and said of him upon hearing of his passing “ A man of few words but got his point across, helluva good man.”

Send condolences to the family at www.aaronsmortuary.com.

To order memorial trees or send flowers to the family in memory of Ralph "Gus" Brooks, please visit our flower store.