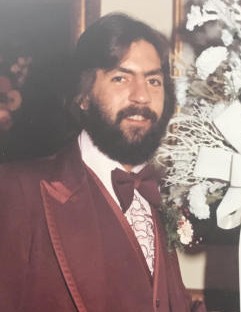 Randy Lloyd Cragun passed away peacefully on June 19, 2018 after a brief struggle with medical complications. He was surrounded by loved ones.

His life began January 26, 1959 to Lloyd and Faye Cragun. He loved being by his dad's side at the family service station. It’s where he learned his  skill and about the importance of hard work. He spent his entire life working as a Maintenance Tech. He was a master at his craft.

He fell in love with Ginnie. It all started with her daughter a bright blue eyed squirt he lovingly referred to as Rooski (Tiffany). The little one year old was saying “Oh Shit, Oh Shit” as he backing his van in the driveway. From that day he knew this was the family he wanted. They added a son ,Cole a few years later. Randy knew Cole was struggling in the hospital for life and he said “If you don’t take the boob you ain’t my boy.” Cole latched on and made it.  Ginnie and Randy didn’t remain married but they later became good friends.

Randy’s sarcastic humor was unparalleled. He had more one liners than you can imagine and perfect comedic timing. He had a big heart when it came to his loved ones. He was an avid fisherman, loved the outdoors, camping, shooting guns, and spending time with family. He lit up around babies and loved to hold them especially his grandbabies.

His last year was spent with his baby sister as his roommate. It was good for him to have her around. They went on numerous trips to Wendover and watched every episode of the Deadliest Catch together. He had a close relationship with Sue’s kids, and took it upon himself to help raise them as his own, along side her.

Family was always the most important to Randy. He loved spending time with his kids and grandchildren. There wasn’t a story that he wouldn’t tell that didn’t involve how proud he was of them all.

He was preceded in death by his parents; his grandson, Devon Cragun; his friend and ex-wife, Ginnie Cragun; his brother-in- law, Chet Borsch.

To order memorial trees or send flowers to the family in memory of Randy Lloyd Cragun, please visit our flower store.