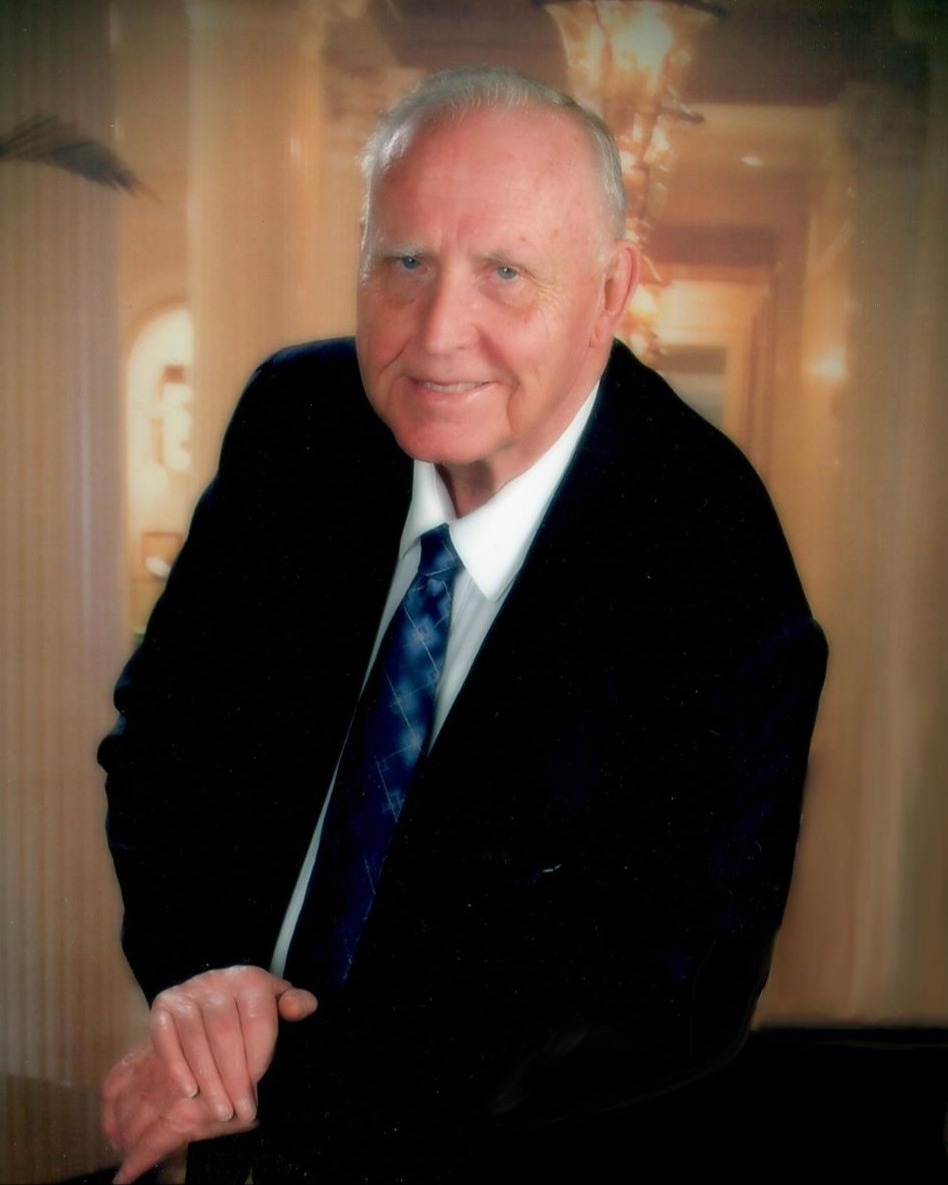 Reed Beus Burnett
South Ogden, Utah
Reed Beus Burnett, 87, died at home November 24, 2021
His life began in a very humble two room apartment on June 14, 1934. He was born of goodly parents, Omer David Burnett and VaNeta Beus Burnett. Reed was the second child in their family of three boys and two girls.
Reed married Carole Boyle on November 5, 1958 in the Salt Lake Temple. They recently celebrated their 63rd anniversary.
Education was considered a great opportunity. He attended Weber College and graduated from the University of Utah in 1958 with his accounting degree. Later he returned and graduated with his Masters Degree in Business administration from the University of Utah.
He was an entrepreneur at heart. He owned a printing business, mortgage loan company, a furniture store and other adventures. He was a contract price analyst for the government. He served as PTA President for Taylor Elementary School and Bonneville High School.
Reed was always an active member of The Church of Jesus Christ of Latter Day Saints. His first mission was in the North Western States Mission where he taught the gospel in Washington and Oregon. After marriage he was ordained a Seventy by Elder Harold B. Lee October 22, 1961. The responsibility that came with this involved missionary work. He served in the stake mission presidency and with many young missionaries who would receive his council in our home. Serving as a temple ordinance worker in both the old and new Ogden Temple was a choice experience that he enjoyed with his wife Carole. His ancestors played an important role in his life. He loved doing family history work. He knew those good people even though he hadn’t met them yet.
He so deeply cherished his family that he was always striving to better live as an example to them of Christ’s goodness. Surviving are his wife, Carole Boyle, brother Floyd (Carole) Burnett, sister Linda (Tommy) Smith. 6 sons and 4 daughters. Gary (Shirleen) Burnett, David (Judy) Burnett, Michael (Jennifer) Burnett, Brian (JeriDee) Burnett, Brent (Charlene) Burnett, Peter (Lori) Burnett, Bonnie (Aaron) Chadburn, Brenda (Fairron) Chadburn, Margie (Rob) Dean, Elizabeth (Brian) Blanchard. 61 grand children, many great-grandchildren plus 8 more on the way.
He was preceded in death by his parents Omer and VaNeta Burnett. Brother and sister in-law Eldon and Pauline Burnett, Sister and brother in-law Joyce and Robert Rasmussen.

He had a testimony of the Savior, Jesus Christ and His priceless gift to all mankind. Reed desires to have all of us join him in the joy we experience as forever families.

To order memorial trees or send flowers to the family in memory of Reed Beus Burnett, please visit our flower store.