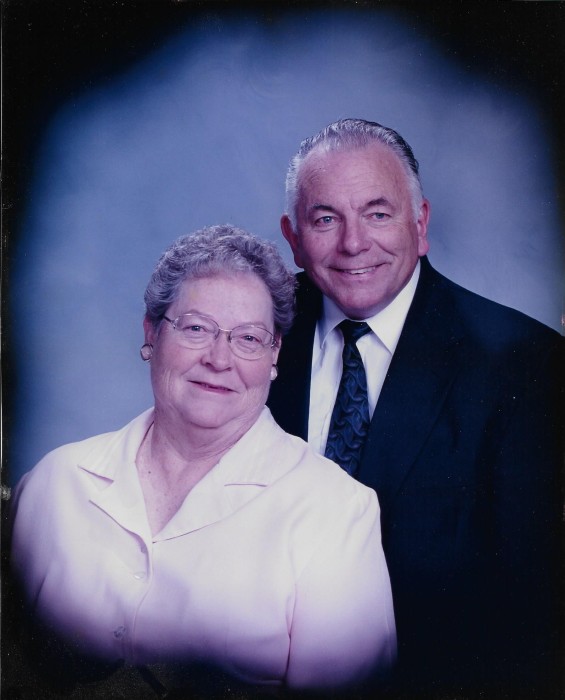 Tanya Faye Dillman was born October 24, 1938 to Lorin Ivins Dillman and Cynthia Maria Schnebly in Elfrida, Arizona. Both parents were school teachers. Tanya was the middle child of five children. In the fall of 1946 her family moved to Farmington, New Mexico. The friendships developed in this community would become important as two of her sons would marry women raised in this area. (In fact, her oldest brother’s (Laurie) best friend, Hoppy Wheeler, was the father of Betsy Wheeler who married Tanya’s third son.) Later in 1953 her family moved to Salt Lake City where she attended East High School. Upon graduating from East High she then attended BYU. Her mother passed away in 1959, leaving Tanya as the women of the house. In 1960, she graduated from BYU with a degree in Physical Education. That fall she was teaching at Ogden High School.

Tanya was introduced to Gerald through a fellow Nation Guardsman (Don Olpin). (Don would later become Tanya’s brother-in-law by marrying her sister, Ester.) They dated for a few months. Gerald could never sneak onto the Ogden High campus without one of Tanya’s students alerting Tanya to the fact that Gerald was coming to see her. Gerald and Tanya were married on Gerald’s birthday, 23 June 1961 in the Salt Lake Temple. They chose this date so that Gerald would never forget their wedding anniversary. (He only forgot one time throughout their whole marriage.) Within three years, Gerald had graduated in Electrical Engineering from BYU, they had two boys born (Trevor and Mylo) and secured employment with the Naval Ordinance Test Station at China Lake California.

Gerald and Tanya had seven children, five boys and two girls. Tanya had a wonderful voice. One of her wishes in life was to sing in the Mormon Tabernacle Choir. The Lord had other plans as they always lived too far away to see this dream fulfilled. Tanya volunteered in their children’s schools to teach singing. Many family trips saw Tanya using the drive time to teach their children primary and folks songs. This effort greatly decreased the chaos and bickering in the car as they traveled long distances to see family, fulfill church assignments, or go on vacations. Maybe this is also why all of Gerald and Tanya’s children stayed close to the gospel and were married in the temple. Gerald retired in 2000. Tanya had always wanted to serve a mission, so they put their papers in and were called to be CES missionaries to the Institute at Victorville, CA. This mission got interrupted when some investments failed and their income was devastated.

With his mother’s passing in 2003, Gerald and Tanya inherited her place in Pleasant View. In 2006 they were called on a mission to Boston for a Record Preservation Mission to archive vital records with a digital camera system. They extended a year and served for three years in Boston. When they returned home they continued to serve at the church office building as part time missionaries in the Family History Area to help preserve records with these digital archives.

Gerald and Tanya continued to live in Pleasant View and enjoy their garden, their ward and all their extended family. At the end of July 2020, both Gerald and Tanya’s health declined and they were put on Hospice. Luckily one of the oldest son’s (Trevor) daughter and husband were employed with a great Hospice company. This Hospice Company was a great blessing to Gerald and Tanya in their last days. 16 November 2020, Gerald passed away. Tanya followed him almost four months later. They are survived by their children (and spouses), Trevor (DeAnn), Mylo (Anne), Niel (Betsy), Crystol, AlDean (Gina), Heather (David), and Hyrum (Mareah). (Crystol’s husband Mike passed away in 2014.) They have 24 grandchildren and 25 great-grandchildren with 4 more on the way.

Family was always the most important aspect of Gerald and Tanya’s lives. Tanya would often say to family members as they would leave, “Come back to me safely.” May all of us in the family come back into the Jones Family fold on the other side, safely. Services will be live-streamed Saturday at 11am by scrolling to the bottom of this obituary page.

To order memorial trees or send flowers to the family in memory of Tanya Faye Jones, please visit our flower store.