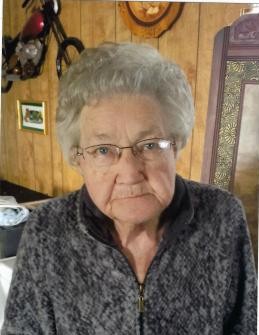 Una (Wiggill) East, 92, our dearly beloved Mother, passed away May 31, 2019 peacefully at her son, Brent's, home  Una was born February 13, 1927 to Joseph and Lorina Wiggill in Layton Utah.  She was the eighth of nine children.  She lived in Layton the better part of her life.

Una married LaVere East July 26, 1959 who preceded her in death May 6, 1977.  She also was preceded in death by her parents, eight siblings and four grandchildren

After LaVere died she raised her last four sons on her own.  After they had grown, she went on to care for some of her older siblings until their passing.  She was always a caregiver.  Her arms and door was always opened to her children, family and friends.

She enjoyed doing arts and crafts and going to Wendover. She loved watching the Jazz play, she never missed a game.

She will be deeply missed, but never forgotten.   We love you, Mom

To order memorial trees or send flowers to the family in memory of Una East, please visit our flower store.