Plant a tree in memory of Edward
An environmentally-friendly option 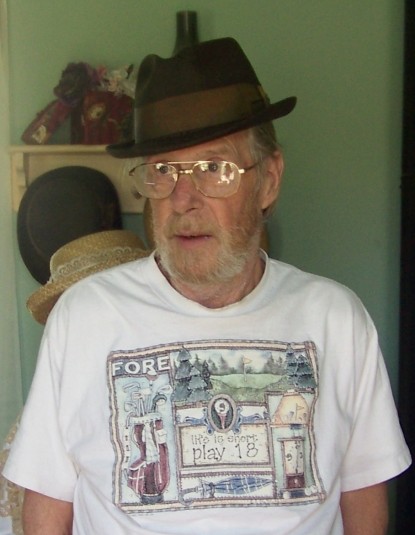 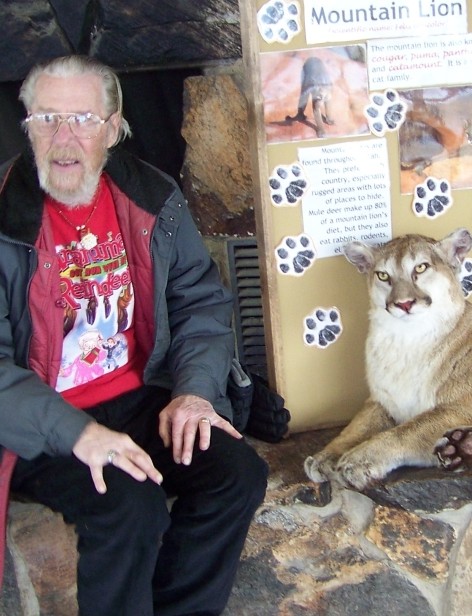 Edward G Kilgannon died fairly suddenly on Friday February 12, 2021 of complications related to treatment of a fall and pre-existing chronic illnesses. He was a loving and devoted husband; father, brother, uncle and friend.

He was born on April 17, 1936 in Carbondale Pennsylvania to Elizabeth and Edward J Kilgannon. He attended St Michael School and St Vincent’s High School, both of which he remembered fondly and talked about frequently. He never forgot his childhood friends and wished he had kept in touch with them.. He worked at the Boston Store in Wilkes-Barre, where he met his wife, and chose to serve his country by joining the Air Force in 1955.

He married the love of his life, Barbara M. Budzinski on June 2, 1956. Immediately after their marriage He was stationed in Texas. Then after he was deployed to Okinawa, Japan where he served as a military police officer and loved training and working with the police K-9s he returned to PA until he was transferred to Biloxi Mississippi, and then McClellan AFB in Northern California. While there he enjoyed visiting Yosemite National Park and other historic sites. He was very proud of hiking to the top of Half Dome with his friend Charles Bollman. He also was sent to Thailand multiple times to work on the radar on the “Connie Birds” and while he missed his family and friends, he enjoyed exploring the country and temples and developed a deep appreciation for the Thai people while he was there. He and his wife took their daughter Bonnie to Disneyland and Knots Berry Farm for her 5th birthday and returned there when family would visit.  We would also visit the bay area, including Berkley and Chinatown, including during the “Summer of Love”. While as a member of the military he could not be politically active, He did have strong opinions on civil rights and social issues which he and his friends often discussed. He was also active in the McClellan Elementary School PTA and helped develop a program where safe houses could be marked with a sign so that a child could get help if they were being bullied or felt in danger, especially when going back and forth to school. He also participated in many parades, dressed in matching western costumes with his young daughter.

He was an avid reader and history enthusiast. He probably has more books than many libraries. He also loved going to museums, parks and monuments and when he planned cross country car trips to visit family on the east coast would plot a route to see as much of the country as possible.  He took his family all over the country from president’s houses, national parks, the Smithsonian Museums to reservations and Japanese internment camps. He loved this country and also recognized and tried to understand better the mistakes that had been made. Even as an ex-military police officer and military member, he supported the civil rights marches of the 60s and more recently the anti-police brutality protests and was appalled at the events of January 6th.

He was briefly transferred back to Biloxi, to change career fields, and then returned to Northern California for several years where he taught Affirmative Action, Race Relations and after another deployment to Thailand, in 1976 was unexpectedly transferred to Hill AFB in Utah He then had a deployment to Germany, where he again took advantage of the opportunity to travel on his time off. Upon return to Utah he retired from the Air Force. When he retired he had planned to either return to Pennsylvania so he and his wife could be near family, or to Northern California to be near friends. However due to life events and his having fallen in love the view of the Wasatch Mountains, the family ended up staying in Utah. He finished his college degree, earned two Master’s degrees and was a Doctoral candidate. He continued to teach management, served as a counselor at Job Corps and even officiated at a couple of weddings . In 2013 he was selected as a Layton Home Town Hero for his meritorious service in the Air Force. After retirement worked as a zoo Docent, a Rape Crisis Center volunteer, and briefly delivered Meals on Wheels before some health issues partially related to him military service caused his health to start to decline.

His love of animals led to his daughter being allowed to grow up with a wide variety of pets as a child. He also helped with rehabilitating wildlife. His devotion to his family led to his putting his life on hold to drive his daughter to and from work when she was going through treatment for Breast Cancer and probably aided in her survival.

In accordance with his wishes no viewing will be held. A celebration of life and service to his country and community will be held in conjunction with his wife’s in the future.

A vigil was held on March 18, 2021 and funeral was held on Friday March 19, 2021 at 10:30 at Saint Rose of Lima Catholic Church  Funeral can be viewed under recorded masses at Stroseoflimacatholic.net.  The service was followed by military honors.  It was his desire that in lieu of flowers those who wish make a donation to Habitat for Humanity, Southern Poverty Law center, or the charity of your choice. Interment will occur at a later date.

Plant a tree in memory of Edward by clicking here.
To send flowers to Edward's family, please visit our floral store.

Plant a tree in memory of Edward
An environmentally-friendly option

Plant a tree in memory of Edward

1 tree planted in memory of Edward

I loved his gentle spirit and how he nicked named me Moriah. He will be missed.

I’ve only met Edward in person one time. That time I met him he was extremely sweet. I feel like I knew him through stories and conversations that I’ve had over the years with Bonnie. I never got to thank him for serving our Country. I wish I would have thanked him. He certainly is a hero for having served in the USAF! Hearing stories about his gift with the installation of home entertainment equipment has me smiling. Resourceful, Simple, Giving, Serving, and Teaching is what I think of when I think of him. Bonnie, we are here for you, may Mother Mary and her son Jesus Christ watch over you and sweet Bella. The Vigil was perfect,

Very nice man, it will be hard to go to the house and see him sitting in his chair.
Rest in peace and in pain no more.
Cindy

A Memorial Tree was planted for Edward G Kilgannon

Plant a tree in memory of Edward