Plant a tree in memory of Inez
An environmentally-friendly option 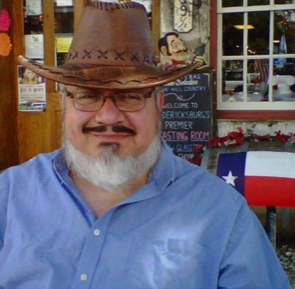 Inez Carlos Garza passed away on March 20, 2021 in Salt Lake City, Utah. He is survived by his wife Maria L Garza, sister Ruth Ibarra and brother-in-law Jerry Ibarra, numerous cousins on his mother’s side. Carlos was preceded in death by his mother Enriqueta Garza, and father Alfonso S Garza.

Carlos was born in San Antonio, Texas on November 25, 1952. He graduated as a Harlandale High School Indian in 1971. He was a member of the schools ROTC program. Carlos and Maria met at a mutual friend’s high school graduation party in May of 1971. Maria worked at Sommer’s drug store after graduation from Harlandale in 1970. Carlos began his relationship with Maria after seeing her while visiting his friend Gilbert at Sommer’s. Soon after, Carlos invited Maria out on their first date.

Carlos enlisted in the Army during the Vietnam era. He did his basic training at Ft. Polk in Vernon Parish, Louisiana. After basic, Carlos was stationed at Fitzsimons Army Medical Center, where he began his training and his Army career in Optometry. Carlos graduated as Private First Class as an Optical Specialist on July 21, 1972.

In June 1972 for Maria’s 21st birthday, Carlos sent Maria an airline ticket to see him in Aurora Colorado. It was then that Carlos proposed, and Maria accepted. Maria returned to San Antonio and planned their wedding. They married on July 30, 1972. Shortly after, Carlos was transferred to Germany. Maria joined him there once he found their first apartment. They remained there until 1976. Once returning to the states, Carlos was stationed at Ft. Carson, Colorado when he ended his active-duty military career in 1979 as a Sergeant.

They moved to Farmington, Utah to start their civilian life together. Once there, Carlos joined the Army Reserves only one week after leaving the military. Carlos found a job as an aircraft painter at Hill Air Force Base. He was reenlisted into the Army and served in Desert Storm. Carlos remained in the reserves until he retired with 30 years of service in 2001. Carlos returned to Utah and he and Maria made Kaysville their home until the day he passed away. He retired from Hill Air Force Base after 45 years of employment on January 3, 2019. His retirement was cut too short due to his battle with cancer.

Carlos received numerous awards and Certificates of Appreciation during his 45 years at Hill Air Force Base. He even received one from the country of Italy, where he and his unit reconstructed and painted a record number of 15 planes in 4 days. Carlos was a quiet man that never boasted or sought attention for himself. He was a great husband, a good provider, had an excellent work ethic and was a good friend to many. He was taken from us too soon. Rest in peace, Carlos.

Plant a tree in memory of Inez by clicking here.
To send flowers to Inez's family, please visit our floral store.

Plant a tree in memory of Inez
An environmentally-friendly option

Plant a tree in memory of Inez

1 tree planted in memory of Inez

I worked in the same shop as Carlos, never the graveyard shift, but would talk with him when our shifts overlapped on days or swingshift. Always so kind and smiling. Showed me his oragami. RIP Carlos.

RIP Carlos, we loved working with you. Amazing guy you were!

Carlos, thank you for your friendship, and your outlook on life.  I'll miss you .  Mario

A Memorial Tree was planted for Inez Carlos Garza

Plant a tree in memory of Inez